An act of 'Passion' 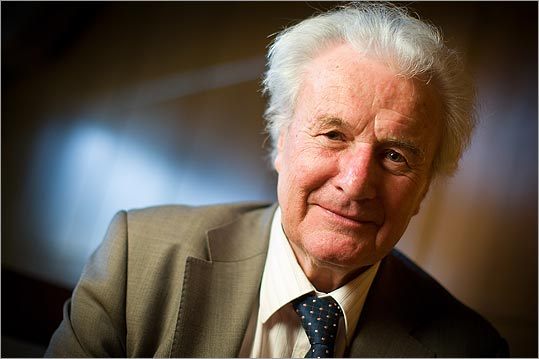 Every year on Good Friday, the Scottish composer James MacMillan and two Dominican friars chant a haunting setting of the Passion story as part of the service at their Glasgow church. The spare melody, centuries old, tells of Jesus’ suffering and crucifixion - a central narrative of the Christian faith. MacMillan, 50, is a devout Catholic; he can remember singing this version in his teens.

“That kind of simple, stark, unaccompanied delivery of the Passion, with the simplest Gregorian music - it’s in my bones,’’ the composer says by phone from Scotland.

On Thursday, the Boston Symphony Orchestra gives the widely anticipated US premiere of MacMillan’s own version of the St. John Passion, a piece influenced by the composer’s long experience with this ancient form of music-making, but by no means just vintage. MacMillan’s musical language is dramatic and contemporary, too.

“I had a feeling that the work would be a hybrid in form, or at least in style, because I have this love of liturgical music’’ says MacMillan. “But I’ve also got this very keen interest in opera, dramatic forms. Part of the delight in writing the Passion was allowing those contradictory sources to come together, to do battle in some way.’’

Sir Colin Davis, the conductor for whom MacMillan wrote the piece, and who will conduct it in Boston, says contemporary music “doesn’t really speak to me, a great deal of it. But this music is not exclusively contemporary - I don’t know how you’d describe it. What I like about it is that, like the great composers, [MacMillan] helps himself to any style he wants.’’

Davis was central to the genesis of MacMillan’s piece. Several years ago, the London Symphony Orchestra - with which Davis has a relationship spanning five decades - decided to commission a piece to honor the conductor on his 80th birthday, in 2007. MacMillan is one of the few modern composers Davis has championed, and he was chosen for the new work, which was co-commissioned by the BSO and the Royal Concertgebouw Orchestra, both of whom have lengthy rapports with Davis. (The Berlin Radio Chorus shared in the commission as well.)

MacMillan isn’t well known to the BSO, which has performed just one other work by the composer. But “he’s a composer that Sir Colin really believes in,’’ says Anthony Fogg, the BSO’s artistic administrator. “And we wanted to support his enthusiasm and make this a part of our gesture for his 80th birthday celebration.’’

As such, the BSO’s performances of MacMillan’s “Passion’’ constitute a major event for the organization: Besides being the US premiere of a large-scale work by a well-known contemporary composer, it gives the orchestra the chance to honor one of the era’s most renowned conductors.

Some might say that the BSO’s involvement in the piece represents a stretching of boundaries for an orchestra better known, recently, for its focus on a particular species of modernism. But Fogg disagrees. “In language, it’s not far from the music of many other composers we play,’’ he says. He cites in particular the British composer Michael Tippett, many of whose works Davis conducted during his time in Boston as principal guest conductor in the 1970s and ’80s. Fogg admits that “there have been composers that we have had a long exposure to. It just works out that MacMillan is not one.’’

The London Symphony gave the first performance of MacMillan’s “Passion’’ in April 2008, under Davis’s baton. (A recording made at those concerts has been released on the orchestra’s label, LSO Live.) Although Davis has since conducted another set of performances with the Concertgebouw, he still finds himself a bit daunted by the piece.

“I open up the score and think, ‘Oh my God, how did I ever do this?’ ’’ says the conductor, now 82, with a tentative laugh. “And you work again at the difficult bits, and you hope that, when you get there, you’ll be able to pull yourself together and do this.’’

A Passion is a monumental undertaking for any composer, not least for the long shadows cast by J.S. Bach’s two settings, among the most popular sacred music in Western culture. “[It’s] the first thing that hovers in your mind when you even think about the possibilities of writing it,’’ says MacMillan. And while the musical forces he writes for are similar to Bach’s, there are striking differences in approach. One was MacMillan’s decision to give the narration duties to a chamber chorus instead of to a solo singer, as Bach did. There were practical reasons for this, MacMillan says, but “I suppose the first consideration was, it had to be different from Bach.’’

Besides the chamber choir, the piece also calls for a large chorus, a baritone soloist in the role of Christ, and a moderately large orchestra. Each body of singers has a distinct vocal style. The chamber chorus’s music resembles the hushed intimacy of chant, while the larger chorus - often representing crowds or characters such as Pontius Pilate - has a greater range of expression. The writing for the baritone soloist is unusually florid - long, ornate melodies on a single syllable that mark Christ out as different from those who surround him. “I wanted to give Christ’s words a special emphasis that would have a different character from all the other voices,’’ says the composer.

MacMillan’s musical language is firmly rooted in tonal harmony, but he also makes expressive use of dissonance, especially when underlining a particularly vivid moment in the Passion narrative. The score works largely in extremes: There are passages of cool, even tranquility, but the climaxes - marked by hammering brass and percussion - have an almost violent intensity.

The story, from Christ’s arrest and condemnation through his crucifixion, unfolds in movements. Though most of the piece is in English, MacMillan interpolates a Latin liturgical text at the end of each one, much as Bach did with the Lutheran chorales in his St. Matthew and St. John Passions “I decided that some kind of punctuation point was needed,’’ MacMillan says, “allowing the listener to step sideways from the drama and reflect on what has just been heard in a different way.’’

One of the most striking of these reflective moments occurs when Peter, having denied three times that he knows Christ, hears the cock crow, just as Jesus had prophesied. As the wrenching moment concludes, MacMillan writes a fulsome chorus on the text “Tu es Petrus’’: “Thou art Peter, and upon this rock I shall build my church.’’ It’s a remarkable dichotomy: a disciple’s most pitiable moment juxtaposed with his role as the first shepherd of the church.

“At that moment, he’s being a coward, he’s being a typical human being,’’ MacMillan explains. “And yet Peter was the one who was chosen as the foundation stone of the whole ecclesial movement that came out of Christ’s life here.

“There is something contradictory about that. But also strangely affirming - the fact that there’s a divine acknowledgement that we are all human, we can all fail, but yet the church’s role is to face up to the dilemmas of our humanity. In that sense, the church has been in perpetual crisis ever since Peter heard the cock crow. It’s written into the DNA of the ecclesial experience.’’

The final movement is for the orchestra alone - no voices, no narrative. Christ has “given up his spirit,’’ the Passion story is over, and what unfolds is “the final reflection needed to go beyond mere words and into the pure feeling of music.’’ MacMillan draws a parallel to some of Schumann’s songs, in which, after the text has been delivered, there’s an extended postlude for the piano that “takes the feeling of the words into a place where the words can’t go. I think there’s something of that here - a final song without words.’’