Pixies return to their ‘Doolittle’ days 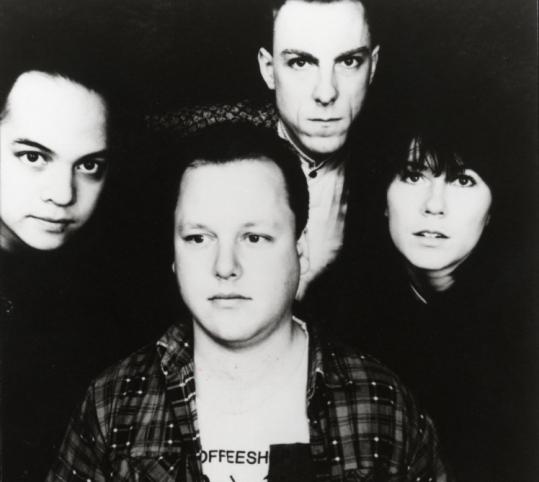 Devoted fans of bands that have broken up are like casualties of divorce. They cherish the stories of the good times long after the fighting starts and the records stop.

An album like “Doolittle’’ is proof that the good times were indeed good - really good.

The Pixies recorded their second full-length album in 1989, and it is regarded as the Boston band’s crowning achievement, especially by zealous fans who still lurk on Pixies online forums and wear their “Come on Pilgrim’’ T-shirts long after they’ve faded to gray. A balancing act of melodic guitar and diabolical yelps, “Doolittle’’ solidified the place of the phrase “loud/quiet’’ in the rock ’n’ roll vernacular and exalted the Pixies as the godfathers of grunge. To commemorate the album’s 20th anniversary, the Pixies are touring again, playing all the songs from “Doolittle’’ and its B-sides in concert. The tour stops at the Wang tonight and tomorrow.

The Pixies formed in 1986 after UMass dropouts Charles Thompson (who called himself Black Francis, and then Frank Black) and Joey Santiago placed an ad for a bassist in the Phoenix. The ad got only one response, so Kim Deal was hired. They later brought in drummer David Lovering. The band soon released the “Come on Pilgrim’’ EP and a full album, “Surfer Rosa.’’

After completing “Doolittle,’’ though, the Pixies went on hiatus, barely masking their disdain for one another. The band would come together to record two more records before announcing their breakup in 1993. Ten years later they reunited but did nothing to camouflage the financial motivations of getting back together. The DVD of the tour was even titled “The Pixies Sell Out.’’

“They broke up, and they left a hole,’’ says WFNX-FM radio DJ Julie Kramer. “When they got back together, people went crazy. They were the kickoff of alternative music. Popular people - Kurt Cobain, Rivers Cuomo - these people have said, ‘The Pixies are the band that does it for me.’ ’’

Those who saw the Pixies the first time around and then attended the packed reunion concerts describe an enthusiasm for the music that went beyond check cashing. Gary Smith, a record producer and former co-owner of Fort Studio in Cambridge, says the group’s energy was unparalleled by the other bands of its era.

“These were very ordinary-looking people making an extraordinary amount of noise,’’ says Smith, who is often credited as “discovering’’ the group and doing much of their initial recording. “If people are struggling to outwardly portray themselves as different - in the way they dress, in the way they comport themselves - it’s not as shocking to see them do something weird. The contrast is what grabs your attention.’’

“Doolittle’’ epitomizes the polarities that the Pixies are remembered for. The album is gruesome. The opening track, “Debaser,’’ is about slicing eyeballs, and from there “Doolittle’’ only descends into apocalyptic lyricism, with songs about hell, blood, aliens, and AIDS.

Yet with 15 songs clocking in under 39 minutes, “Doolittle’’ is one of the most fun records to come out of the alternative scene of the ’80s. “They’re great two-minute songs,’’ says Tommy Allen of Drug Rug, the Boston-based guy-girl indie pop duo. “I got the record as a mix tape when I was 16, and I was just obsessed with every song. I was always a big fan of the Black Francis/Kim Deal harmonies.’’

The gamut of bands that cite the Pixies as an influence underscores the diversity of their sound. Along with melodic he/she duets, the Pixies reimagined punk rock for future Boston bands.

“They’ll go into strange parts that are really discordant and loud - aggressive,’’ says Pete Zetlan, lead singer of the Somerville hard-core group Sinaloa, “parts that don’t really reconcile with the pop, but the way that the songs were played, which is really interesting, especially when you think about when that album came out.’’

Along with Juliana Hatfield, Dinosaur Jr., Buffalo Tom, and Throwing Muses, the Pixies shaped the history of alternative rock in New England. “There was a poppiness coming out of the punk thing,’’ says Tanya Donelly, cofounder of Throwing Muses, which shared bills at UMass with the Pixies in the ’80s. “We were all raised on punk, but there was much more pop sense that came out of us at the end of the day.’’

One of the most widely revered songs from the Pixies catalog, the uncharacteristically straightforward and jaunty “Here Comes Your Man,’’ is evidence of the stronghold that pop had on the band. The song is the fifth track on “Doolittle,’’ though it was written years before. Steve Albini, the audio engineer who recorded the Pixies’ first album, “Surfer Rosa,’’ successfully argued for keeping “Here Comes Your Man’’ off that album. But engineer Gil Norton, who worked on “Doolittle,’’ saw the song’s potential.

“Here Comes Your Man’’ became one of the two singles that “Doolittle’’ produced. The other, “Monkey Gone to Heaven,’’ falls at the other end of the album’s spectrum, although the songs are separated by only one track. Full of demonic numerology and shrieking, “Monkey Gone to Heaven’’ encapsulates the dissonance and darkness of the Pixies, both musically and interpersonally.

“They have a musical tension more than anything. That’s what you hear,’’ says Donelly. “I think in the Pixies’ case, there’s something very grown-up about the way they’ve gone about touring. It’s like divorced parents making some friendly allegiance for the sake of the kids. There’s something really wonderful about that.’’