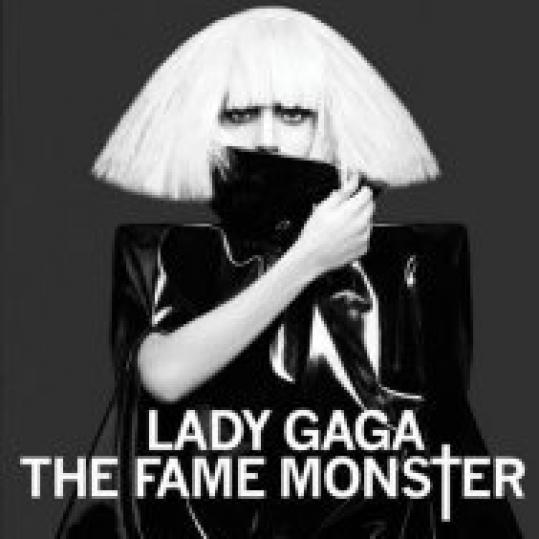 You have to hand it to Lady Gaga: She wasn’t really a superstar until she started acting (and dressing) like one. Of course, it helped that you couldn’t turn on the radio this year without hearing “Just Dance’’ and “Poker Face’’ every half-hour. She named her first album “The Fame’’ long before she had any, which makes her follow-up all that more intriguing.

There’s a lot riding on “The Fame Monster,’’ which repackages her debut with a bonus disc of eight new songs. It essentially boils Gaga down not to a question of whether she’s a one-hit wonder (she’s certainly not), but to her potential longevity in a fickle market for pop stars.

Simply put, she has the potential for staying power, but the proof is not in “The Fame Monster.’’ Gaga lets her guard down a little on songs that address life after achieving the celebrity she so relentlessly chased, but melodically they suggest she’s struggling to find fresh ideas.

Even though it’s climbing the charts, first single “Bad Romance’’ is easily the most uninteresting and vapid of her hits. “Alejandro’’ is even worse: a tepid dance track where she trills the song title over and over as if she had nothing better to say.

Only on “Speechless,’’ which couches Gaga’s bluesy swagger in a taut rock arrangement, and the horn-driven vamp “Teeth’’ do we hear other sides of this starlet who has prided herself on being larger than life.