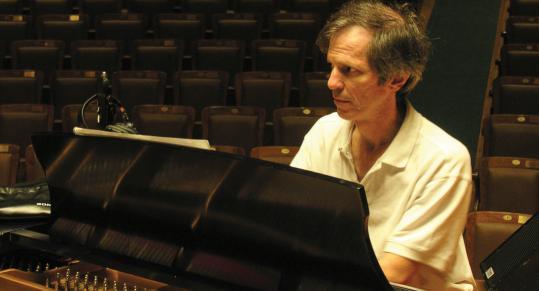 There aren’t many summer carnivals more diverting than NEC’s Summer Institute for Contemporary Performance Practice (SICPP, “Sick Puppy’’ to its friends). After a week of concerts and immersion training in the avant-garde, Saturday brought this year’s Iditarod (as director Stephen Drury has drolly dubbed it), the annual all-night marathon recital.

How to generalize a 36-piece, eight-hour sweep? Much of the program seemed compositionally less concerned with advocating particular vocabularies (tonal/atonal) or concepts (minimalism/serialism) than with exploring the means of production, the various orthodox and unorthodox ways instruments can make noise. Results were often mobile-like, artfully arranged rather than intensely plotted. Flutist Ashley Addington and guitarist Mark Wilson deftly placed the stop-and-go Impressionism of Toru Takemitsu’s “Toward the Sea.’’ Karlheinz Stockhausen’s “Refrain’’ uses the decay of vibraphone, celesta, and piano (John Andress, Christopher Lim, and Stephen Olsen) to chart loose, ringing constellations. Lukas Foss’s “Ni bruit ni vitesse’’ explores the far reaches of two pianos - Lim and Leah Kosch at the keyboards, percussionists Victoria Aschheim and Masako Kunimoto working inside the instruments’ cases - and the combination of clanging, buzzing, and slow-rolling scales was mysterious and magical.

Scattered throughout the Iditarod was an eight-piece retrospective of British composer Jonathan Harvey, SICPP’s composer-in-residence. Harvey ranges from old-fashioned pretty (his 1994 “Pastorale,’’ keenly spun by cellist Megan Koch and harpist Franziska Huhn) to far-out aleatoric (1974’s “Round the Star and Back,’’ given a terrific reading by a dozen students), but all his works immediately create a fully-realized sound-world, myriad layers and registers in transparent play, contemplatively orbiting, dramatically coalescing. (Within the program was a mini-festival of that master of luminous stillness, Morton Feldman, in the trio of “Two Pianos,’’ “Piano (Three Hands),’’ and “Two Pieces for Three Pianos,’’ the last especially lush at the hands of Kyle Blair, David Brooks, and Violeta Nigro Giunta.)

What SICPP and the Iditarod do best is simply to make room for anything to go the way it should, with flair and enthusiasm. The finale, Stein and Lyle in full-on barker mode for Charles Ives’s sardonic fake campaign song “Vote for Names,’’ seemed to boisterously reject the notion of casting one’s lot with this or that new-music party, in favor of SICPP’s catholic embrace.