Giving it her best shot

Whiskey and loneliness can bring you down. But for Heather Greene, they're inspiring. 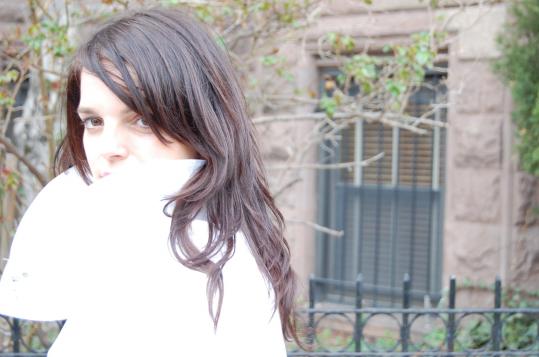 ''There's a wistfulness to whiskey, and I love the role it played in how I thought about music on [her album 'Sweet Otherwise'],'' says the singer-songwriter.
By Liza Weisstuch Globe Correspondent / January 30, 2009
Text size – +

NEW YORK - On a recent Wednesday night, Heather Greene sat in the Red Cat, a rustic-chic Manhattan restaurant, picking at a pyramid of tuna tartare. Then she checked her BlackBerry, and her face took on an expression somewhere between bewilderment and measured thrill. An e-mail had just arrived informing her that MTV was interested in promoting and distributing the new LP by her synth-pop duo, Argon 40.

Despite that project's success, however, the indie-rock singer-songwriter's energies are focused on her solo career. Her sophomore solo album, "Sweet Otherwise," was just released on BHM, and she was about to embark on a tour through France and Germany. The 30-something Greene, who plays the Middle East Sunday night, is also the American brand ambassador for Glenfiddich Single Malt Scotch Whisky, and she had business to attend to for the liquor company.

"Sweet Otherwise" is an introspective album inspired by musicians like Elliott Smith and such electronica-soaked acts as Massive Attack and Zero 7, with songs that evoke the defiant, giddy energy of musicians associated with John Hughes movies. Her lyrics alternately brood over and fly in the face of the loneliness, which makes perfect sense when you learn that Greene, who also plays keyboards, wrote the album while living alone in Scotland. She moved to Edinburgh from Manhattan in late 2005 after her first album, "Five Dollar Dress," was picked up by a European label.

This was around the same time the music industry was undergoing a rapid transformation, and she was confronted with what she calls an "extreme reality check." An elderly man she met in an Edinburgh coffee shop offered her a century-old piano he was trying to get rid of, and it became the sounding board for her thoughts.

"It felt like a passing through, since it was only mine for a little while," says Greene, whose kohl-black tresses, piercing chestnut eyes, and angular features give her the look of an Anglo Penélope Cruz. Of course, the foreign landscape and local culture had a hand in shaping her ruminations. When she wasn't writing songs at the piano, she was bartending at the clubby headquarters of the Single Malt Whisky Society and serving on the Society's elite tasting panel. She's fond of telling the story of how her great-grandparents, who lived in Glasgow, came to the States on a boat, and generations later, she packed her trunk with whiskey and a vintage Wurlitzer and traveled the same route in the other direction.

Of course, whiskey and music are far from strangers. The spirit has been the muse, if not the downfall, of countless musicians. But Greene's relationship with the Scottish elixir has been a portal to self discovery. "There's a wistfulness to whiskey," she says, "and I love the role it played in how I thought about music on the recent album. When the chips were down, it was something I was passionate about, something that evoked the senses, like music does."

Her fascination with whiskey ultimately ties back to her stint as a bartender in the early 2000s, which helped jumpstart her music career. She was tending bar at Tonic, the now shuttered Lower East Side haven for musicians with a penchant for the avant-garde and the experimental. When Greene was younger, she had sung jazz standards in clubs, but being in the company of musicians prompted her to create her own work. She gave herself six months to write as many songs as she could. From that came her country-tinged chamber pop album "Five Dollar Dress." Musicians she met through her network of Tonic regulars ended up playing on the album, including Bill Frisell and members of the Tosca String Quartet.

"I've had the great pleasure of seeing Heather evolve as an artist," said Melissa Caruso Scott, a Tonic owner who offered Greene her first gig. "Although I always thought her dedication, drive, and talent could lead her to success, it was when I realized I was happily humming the tune to 'I Wrote Your Name,' a song on the first album, that I knew she was on to something. I had that song stuck in my head and I wanted to keep it there. For me, that's the makings of a hit."

Greene is hoping that a century-old piano, a little solitude, and plenty of Scottish whiskey will add up to even more.