Oscar shorts open the world and the heart 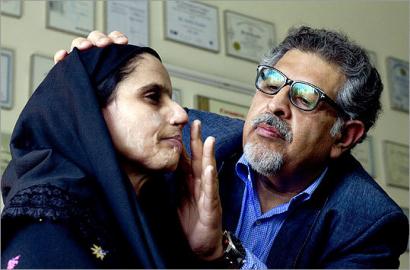 If you come to the program of Oscar-nominated documentary shorts at the Coolidge looking to get an edge in this year’s office betting pool, you’ll be disappointed. For reasons pertaining to rights and length, one of the five nominees, “God Is the Bigger Elvis,’’ is not on the bill. (Too bad, too, since this portrait of Dolores Hart, an early-’60s Hollywood starlet who became a nun, sounds fascinating.)

If you come to have your eyes opened to tales of human suffering and resilience, you stand to get more than your money’s worth. The 2011 crop of short docs span the globe from Japan to Pakistan to the American South, but they each show average people coming to terms with almost unimaginable events and struggling to reclaim their dignity.

Many of the films witness familiar calamities from fresh angles. We’ve seen the stark, grainy footage of the Civil Rights movement before - the beefy policemen with upraised clubs, the stoic marchers on Selma - but “The Barber of Birmingham’’ focuses on the uncelebrated individuals in those frames, common “foot soldiers’’ like barber James Armstrong, now 85, and Amelia Boynton, 97, who risked their jobs and lives for the right to vote. A more pointed corrective to the whitewash of “The Help’’ would be difficult to find.

James Spione’s “Incident in New Baghdad’’ takes one of the most shocking moments of the Iraq War - the 2007 videotape, released to the public by WikiLeaks, of a US helicopter attack that resulted in the deaths of two journalists and several unarmed Iraqis - and views it from the vantage point of US infantryman Ethan McCord, who pulled two wounded children to safety and has since become a vocal proponent for peace.

Similarly, images of the March 2011 tidal wave that struck the east coast of Japan were inescapable a year ago. Lucy Walker’s “The Tsunami and the Cherry Blossom’’ opens with a single four-minute shot of a small town being steadily wiped off the map thatrenews the horror in all its magnitude. Then the film concentrates on the will to survive and rebuild, using the profound attachment of Japanese culture for the annual blooming of the cherry trees as a central metaphor of acceptance and transcendence.

If “Tsunami’’ takes the long view, “Saving Face’’ moves in for a series of unsettling close-ups. The subjects of Daniel Junge’s documentary are Pakistani women whose husbands and boyfriends have thrown acid in their faces - 100 such attacks are reported each year, with many others going unreported - and the plastic surgeons, legislators, and social workers striving to restore their bodies and spirits.

As horrific as the physical damage done to these women is, the cultural attitudes that allow the attacks and excuse the attackers are more frightening. Still, Junge shows the tide turning - slowly - and he presents women like Zakia and Rukshana as individuals rather than victims. “Saving Face’’ is scheduled to air March 8 on HBO; like the other documentaries in this program, it widens your heart and your world at the same time.

In English, Japanese, and Urdu, with subtitles