A call for empathy, action 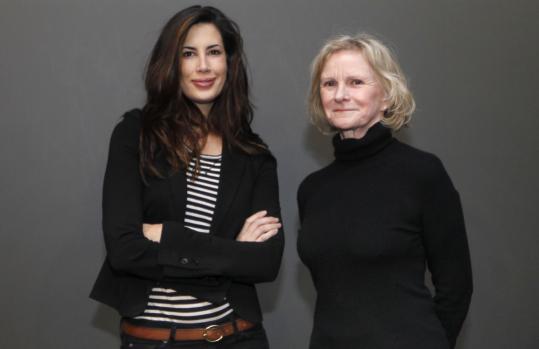 Kate Nace Day and Alicia Foley Winn organized Human Rights & Sex Trafficking: A Film Forum, which opens this evening at the Brattle Theatre in Harvard Square to raise awareness about the issues. Tomorrow through Sunday, the forum will present 12 documentaries about international, cross-border, and domestic sex trafficking. The films will be followed by discussions of the subject by panels of experts, human rights activists, and survivors. The forum is presented by the Boston Initiative to Advance Human Rights, of which Winn, 30, is executive director. Day, 62, and Winn are both lawyers, and together teach a law school course at Suffolk University titled Sex Trafficking in Film and Law. Day is on the Suffolk law school faculty, Winn is an adjunct professor there.

Q. What is unique about this film forum?

Day: Two things. First, this came about because while most of law is taught through heavy books, some issues of human rights are developing so quickly that they’re not in texts. Law students learn about sex trafficking through visual media. Several years ago, we started to develop a law school pedagogy on sex trafficking through film. Alicia and I are teaching it this year.

Second, there has never been a film forum on the topic of sex trafficking of this breadth and complexity, with survivors present. The films come in traditional documentary short form, full-length, and animation. The forum creates a narrative and provides an enormous span of information and insights about sexual trafficking.

Q. Your goal is to raise awareness of the problem. How do you accomplish that?

Winn: By turning people into activists. It’s a slow, progressive changing of consciousness. It was thought that trans-Atlantic slavery would never change. People watch films and think they’ve already done their parts, that they’re aware. But the films are a call to action.

Massachusetts is one of five states in the country that doesn’t have any law against human trafficking. There is an anti-trafficking bill sponsored by state Senator Mark Montigny pending in the House. And this is supposed to be the most progressive state in the country?

Q. How did you get into this work?

Winn: I worked in Washington for a human trafficking organization called the Protection Project at the Johns Hopkins School of Advanced International Studies. My interest was sex trafficking as a result of my work there. I started with domestic trafficking. I came back to Boston to get married and found there was no real opportunity to work in anti-trafficking. Originally, I was moved by a documentary called “The Day My God Died’’ about sex trafficking in Nepal and India. Reading isn’t the same as seeing the narrative on film.

Q. What about domestic sex trafficking?

Winn: American girls are treated like prostitutes. For example, a 13-year-old girl who participates in a non-commercial sex act is a victim of statutory rape. If money is exchanged, even if she’s 13, she can be arrested for prostitution. There’s a lack of empathy for them.