The Desert of Forbidden Art

Hidden gems in ‘The Desert’ 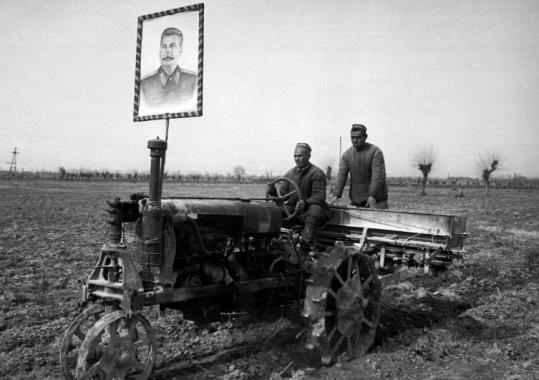 Igor Savitsky collected works, including Max Penson’s “Uzbekistan in the 1930s’’ (above), to protect them from Moscow’s intolerant bureaucrats.
By Tom Russo Globe Correspondent / October 1, 2010

The documentary “The Art of the Steal’’ drew some attention recently for highlighting a controversial push to relocate the Barnes Foundation’s privately held Impressionist collection from the Philadelphia suburbs to an ostensibly more accessible downtown location. You wonder how the players in that little saga might have felt about the curating efforts of Igor Savitsky, an art aficionado in the remote Soviet republic of Uzbekistan who, during the 1960s and ’70s, obsessively gathered more than 40,000 pieces in a self-created museum. The goal: to protect these frequently disintegrating paintings and graphics from intolerant party bureaucrats in Moscow, some 1,700 miles away.

In “The Desert of Forbidden Art,’’ documentarians Amanda Pope and Tchavdar Georgiev offer some background on the late Savitsky, a painter who initially collected ethnic folk art quashed by the Stalin regime. They offer a bit less background than they might on the under-funded museum, where staffers still lay out water trays as makeshift humidifiers to protect pieces from the region’s blistering heat. The film’s greatest focus is on those whose work Savitsky pursued, notably an avant-garde school of Russian artists who settled in Uzbekistan following the revolution but often still fell victim to Stalinist repression. When a painter like Savitsky favorite Mikhail Kurzin eschewed state-mandated “social realism’’ — i.e. images of cheerful proles eagerly doing their part for the motherland — he was hauled off to the gulag.

The filmmakers ably present interviews with Savitsky’s associates, the painters’ children and grandchildren, art historians, a journalist whose reporting informs “Desert,’’ and even an ex-party boss who recalls how Savitsky worked the system to grab government funding for outlawed art. But the most compelling moments feature actors doing audio dramatizations of the subjects’ writings. One anecdote about Savitsky flouting an official demand to remove an offending painting ends with this deftly scoffing voice-over from his stand-in, Ben Kingsley: “Anti-Soviet? Of course. Degenerate? No way. The next day, after the commission left, I put it on the wall again.’’

At another point, Ed Asner reenacts Kurzin’s response to government interrogation. “I don’t remember the matter of my anti-Soviet speech,’’ he says. Then, in an accent thick as Stalin’s mustache, he grumbles, “Because I was drunk.’’ It’s an over-the-top moment, but also one that communicates the Uzbek avant-garde’s spiritedness — presumably one of the very qualities that made Savitsky their great defender.

THE DESERT OF FORBIDDEN ART

In English and Russian with English subtitles