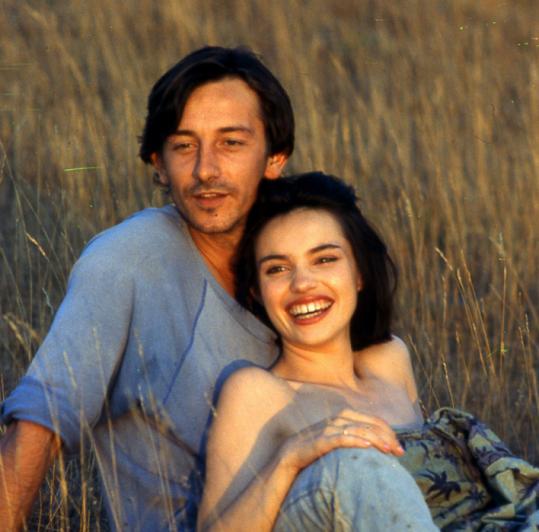 Poor “Betty Blue.’’ When this very Gallic tale of l’amour fou was first released in 1986, moviegoers had just about given up on Jean-Jacques Beineix. The director’s 1981 debut, “Diva,’’ had announced the arrival of France’s latest cinematic whiz kid, but his follow-up was the turgid, self-important “The Moon in the Gutter’’ (1983). “Betty Blue’’ was supposed to restart Beineix’s career; instead, the movie’s in-your-face sexiness turned US critics and audiences off. When a film literally climaxes in its very first scene, how can things not go downhill from there?

“Betty’’ may have been misunderstood, though, or at least misrepresented. A three-hour director’s cut titled “Betty Blue: Version Integrale’’ was created by Beineix back in the 1990s and is available on DVD; it turns up today for a weeklong run on the Kendall’s big screen, where the film’s achingly lovely afterglow visuals belong. Is it a better movie? Possibly. It’s certainly a more personal one.

And sex realistically portrayed in mainstream narrative film is no longer the shock it was 23 years ago. Audiences may find it easier to accept the easygoing carnal bliss of young lovers Zorg (Jean-Hugues Anglade) and Betty (Béatrice Dalle) as a privileged state - Eden before the fall. Where the original release focused on Betty’s body to the point of exploitation, the director’s cut provides balance by giving Anglade’s nudity equal time. These are people who are supremely comfortable in their skins; at times you feel as though you’re watching beautiful animals at play.

“Betty Blue’’ isn’t about sex, of course, but about passion and love - about how they change everything while saving nobody. The film begins a week after Zorg and Betty have met and follows them through a footloose year or so, from beachside bungalows to apartments in Paris and Marseilles to a small town in southeastern France. The story allows for other people - Gérard Darmon and Consuelo De Haviland are charming as the couple’s closest friends - but essentially it watches Zorg watching Betty.

It’s impossible not to watch her. Dalle, who’s astonishing, turns the character into a gap-toothed force of nature - a sensualist battered by demons. Betty has fits that lead to sudden bursts of violence, and the film keeps edging her toward a cliff that Zorg and she and we know is there. The most moving shot in the whole film may be the helpless look on Betty’s face just before she plunges her fist through a glass door.

Where “Version Integrale’’ differs from the original release is in the addition of a number of scenes that don’t advance the plot at all. This, it turns out, is crucial. The theatrical cut seemed almost cruelly insistent on hustling Betty toward her fate, and its focus didn’t allow the two lovers to breathe. The extra hour of footage is all breath: funny shaggy-dog episodes about prissy olive salesmen and hapless coke dealers, insecure garbage collectors with hooks on their hands and depressive police officers with unsold manuscripts in their drawers.

Zorg’s interactions with these characters have the odd effect of making him a stronger figure, neatly rebalancing the movie’s scales. He’s no longer passive but collecting material: an artist enraptured with his muse. Not all the new scenes work; a robbery sequence with Anglade in drag helps set up the final sequences but still doesn’t make sense.

On the positive side, “Version Integrale’’ gives moviegoers an hour more of Jean-François Robin’s cinematography - the entire film seems shot at sunset - and Gabriel Yared’s score, with its heartbreaking jazz-piano motif. And Beineix was right to hold onto his vision: Betty and “Betty Blue’’ both live. What once was a movie about sex and death is now clearly, and affectingly, a movie about life.

BETTY BLUE Written and directed by: Jean-Jacques Beineix, based on a novel by Philippe Djian