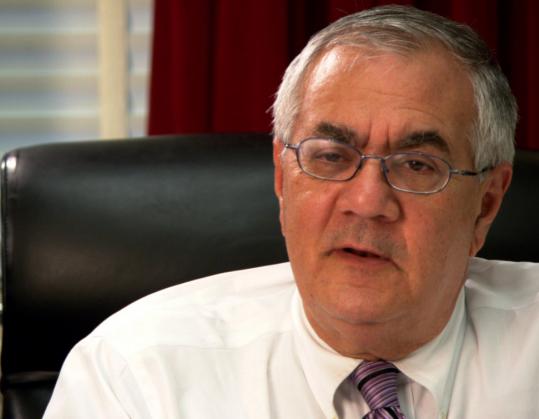 As a young liberal, the politician used his fraternity house "as his gay bar," a former alleged hookup tells the filmmakers. Yet in pursuit of elected office, the politician got married, went to church, and voted Republican, never quite shaking his same-sex attraction but never doing much legislatively to acknowledge or advance the civil rights of gay people. On numerous occasions, in fact, he voted to suppress those rights.

Such alleged hypocrisy is the crux of "Outrage." Dick speculates on the homosexuality of several current and former public officials which hasn't been corroborated by the men themselves.

His charges aren't new; they've certainly surfaced in the alternative press and online. But in accordance with Globe ethics poilcy, I can't repeat those names here.

While dwelling on political contradiction, the movie unfolds at a unique juncture of psychological and moral character: the perverse place where a politician's relentless personal drive and a closeted gay man's shameful desire may meet.

In tying the purported secret gay sex lives of these putatively straight elected officials - the movie focuses almost exclusively on men - to their voting records, a caustic portrait emerges of self-deluded souls. Dick goes into scandals involving the married Idaho senator Larry Craig and the now openly gay former New Jersey governor Jim McGreevey, who sits down and unburdens himself for the camera (he talks about "living your truth" with an abandon that suggests either lots of therapy or lots of disco). Former Arizona congressman Jim Kolbe talks about how much happier he was after he revealed he was gay (we never hear from his ex-wife, although Mrs. McGreevey does speak).

"Outrage" is armed with commentary and insights from openly gay members of Congress like Barney Frank and Tammy Baldwin, activists like Larry Kramer (of course) and Rodger McFarlane, who died last month, and such Washington insiders as Hilary Rosen. The movie never allows you to forget its aim. It wants to hold these men accountable - if the speculation is true - not for their conservatism but for their double standard. "Outrage" tries to put the officials on a couch and determine why so many are Republicans. Someone likens their alleged behavior to playground politics, where potential outcasts help bullies persecute kids to keep the bullies off their trail. How could I be gay?, the thinking goes, I've voted with my party to block the passage of so many gay-friendly bills.

The movie aligns itself with independent investigative journalists - Mike Rogers, for instance, who runs a website called BlogActive - trying to expose these men as hypocrites. And in doing so, the movie charges that the mainstream media tends to be late or blind to these stories. (Dick wanly speculates that the media is also full of closet cases).

It also makes you think hard about the ethics of outing the closeted. In a way, the movie is its own answer to that question: The movie presents itself as a heated political retaliation. You can take it as such, anyway. Most openly gay men have known men who aren't so openly gay, and the less tolerant among them can't abide their dishonesty. On some level, that deception is not unlike light-skinned blacks who passed for white, once upon a time. On another level, it's worse, since closeted politicians are currently far more powerful and plentiful than passing blacks ever were.

It was Harvey Milk's belief that the best way to end homophobia was for all gay people to come out of the closet. In one of his more revolutionary moments, he wanted to have a mass outing. Dick takes a more reactionary stance. He's a kind of chafed radical. His previous documentary, 2006's "This Film Is Not Yet Rated," took entertaining umbrage with the double standards our movie-rating board practices. The film had a twinge of conspiracy. It also had a whopping grain of truth.

"Outrage" succeeds as activism, but it excels as a window into certain political psyches. I actually felt for one current congressman, after the film revealed that the rampant gay rumors about him - he maintains he's heterosexual - probably prevented him from a key appointment. But maybe he didn't mind all that much. As one former Beltway staffer observes, certain politicians think that staying in the closet makes them stronger than the openly gay. Only in Washington.