In Boston, 2011 was a year of upscale Mexican restaurants and food trucks, with a continued emphasis on local and seasonal ingredients. What will the new year look like on the table? We asked chefs and bartenders to predict what trends will take hold. 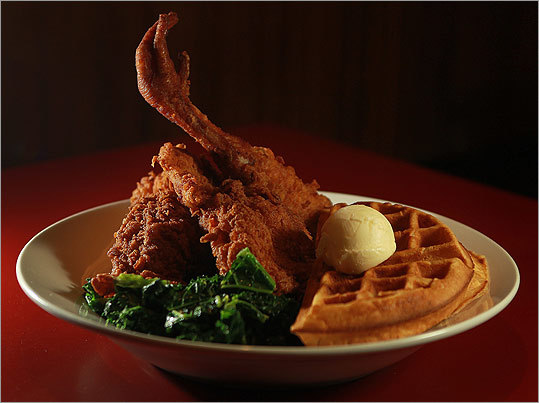 No. 2
Collaboration between kitchen and bar
TODD MAUL BAR MANAGER, CLIO: In the future, there will be no separation of kitchen and bar. Each will inspire the other. Maul sees bars utilizing more techniques and principles found in kitchens. "Bars are finally catching up with molecular gastronomy," he says. For instance, he uses a rotary evaporator - a lab tool that has found favor with experimental chefs - to create an aromatic essence that can be dropped into vodka to make "gin." "We are using real culinary techniques to real effect on drinks. A centrifuge spinning out lemon and lime juice makes drinks brighter. It's a very different mouth feel. We take sediment from citrus and make citrus paint, to dress glasses the same way the kitchen dresses plates." The influence goes in the other direction, too. Maul makes a cocktail with rhum agricole and sugar cane juice clarified in a centrifuge. The drink inspired executive chef Douglas Rodrigues to create a fish dish with the same ingredients. Increasingly, food and beverage programs will be aligned. "A restaurant shouldn't just have a bar," Maul says. "The restaurant and the bar should be on the same page in terms of how they're looking at things."

No. 3
'Farm to glass' movement
MATTHEW BARROS CHEF DE CUISINE, MARKET: The term "farm to table" has been beaten to death. Now it's time for "farm to glass," Barros says. More cocktails and house-made sodas will showcase seasonal ingredients from fields, gardens, and farmers' markets. Barros also predicts simply cooked proteins with add-on sides will be "a really big thing," appealing to both health-conscious and particular diners. Market, for instance, steams or grills fish, chicken, or filet mignon, then lets customers pair them with roasted Brussels sprouts, sauteed broccoli rabe, cheese fritters, fries, and more. "It's smart," he says, "because you get to customize what you want to do. It lets a person come in for a nice, simple meal or an extravagant one." And it helps the kitchen take care of diners with food allergies, something Barros has seen much more of in recent years.

No. 4
Personality-driven restaurants
MARY DUMONT EXECUTIVE CHEF, HARVEST: Dumont says chefs are opening very personal second restaurants. "I'm seeing a lot more intimate, personality-driven, chef-driven restaurants," she says, "even from people who have really high-flying restaurants." Examples she cites: Jody Adams with Trade, Michael Schlow with Tico and the upcoming Happy's Bar & Kitchen, and Tiffani Faison with Sweet Cheeks. "I think in part it's driven by the economy, but people are - I don't want to say less patient with the glitz and the glam, it's just kind of like sloughing everything off and saying, ‘This is who I am.' That's always received well, if it really comes from that place in your heart. People want a more authentic experience." Another trend Dumont sees is a "global conversation" among chefs. "They are tweeting and talking across oceans," she says. "Daniel Patterson [of Coi in San Francisco] is talking to the guy at Noma [in Copenhagen]. That whole exposure and global conversation is really neat to watch." And with the kitchens of Catalonia, the American South, Tokyo, and Peru able to exchange ideas publicly and at lightning speed, the implications for world cuisine could be profound.

No. 5
Comfort food
TIM MASLOW CHEF, STRIP-T'S: If more bartenders are embracing molecular gastronomy, Maslow feels chefs are beginning to step away from it. "I really think you're going to see a pullback of molecular gastronomy and see things go back to a very natural state in restaurants," Maslow says. "An inspired version of a comfort dish really gets people excited." That's why Strip-T's serves so much of its fried chicken (right) - high-quality birds brined for three days, fried in a shallow bath of chicken fat, and served with a la minute waffles or Anson Mills coarse-ground grits. "The molecular thing has been fun the last four or five years. Everyone likes to find something new they're excited about," he says. "Now everybody is craving more homey items."

No. 6
Peruvian cuisine
JOSE DUARTE, CHEF-OWNER, TARANTA: "We know Peruvian cuisine is something around the corner," says Duarte (above). "Not because of the fact I'm Peruvian and always trying to push Peruvian cuisine!" Peruvian superstar chef Gaston Acurio opened a second US branch of his La Mar Cebicheria Peruana in New York this past fall, with more planned. Duarte is seeing more ceviche on restaurant menus (albeit versions leaning Mexican in style). Pisco is taking its place in more local bars. "Six years ago, you would only see one brand of Pisco, and it compared to rubbing alcohol. Now there are five or six types. I want it to be like the new grappa. You can have it after dinner or just sip on it." He has hopes other Peruvian ingredients will become more popular, too - the chili aji amarillo, rocoto peppers, the freshwater fish arapaima, and cuy, or guinea pig (the last one might be a hard sell). Duarte also predicts: increased consumer interest in sourcing of ingredients; more locally produced spirits, such as Greylock Gin from Berkshire Mountain Distillers; more seafood and plant-based products on restaurant plates; more biodynamic and organic wines; and more quick, bistro-type food,

often incorporating international flavors, to grab on the go at low price points.

No. 7
Affordable burgers
EVAN DELUTY CHEF-OWNER, STELLA: "The Latin train ran through Boston last year. Now this whole burger thing is going to be exploding. Five Guys and 5 Napkin opened. Krista [Kranyak] from Ten Tables is opening one [called Grass Fed]. I'm looking at potentially doing a burger place. Especially with the economic environment we're in, affordability is where it's at. It's fun, too. In the fourth quarter, burgers started making a move, and that will carry right on through 2012." Count Wahlburgers, the expanding Tasty Burger, and the planned Burger Dive in Assembly Square as part of the movement, too.

No. 8
Pies, pies, pies
RENEE MCLEOD BAKER AND OWNER, PETSI PIES: "I'm thinking pies are the next cupcake," says McLeod, who sells both. There may be a trend toward moderation, however. "We're making a lot of little pies. Maybe people are eating less. We've got hand pies and meat pies and a lot more savory pies than we used to. Our top pie seller is a butternut squash with caramelized onion and gorgonzola pie.'' That doesn't mean sweet doesn't sell. For New Year's, Petsi created a Resolution Buster pie that contains Mallomars, pretzels, Snickers, potato chips, custard filling, and chocolate. "Every day people have been asking for it." 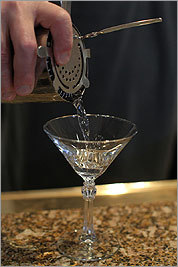 Food critic Devra First's predictions for 2012 restaurant trends
Your comment is subject to the rules of our Posting Policy
This comment may appear on your public profile. Public Profile FAQ