Vogueing at the MFA 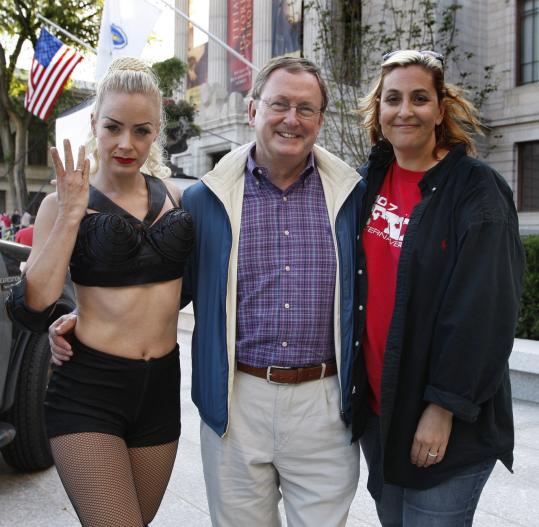 It’s not all about Michael Jackson tributes these days. The Museum of Fine Arts last night paid homage to Madonna with a material girl-inspired outdoor karaoke party that celebrated the exhibition “Seeing Songs.’’ MFA Director Malcolm Rogers, WFNX DJ Julie Kramer, and assistant curator of contemporary art William Stover were on hand to watch guests perform Madonna’s “Vogue,’’ while “Queen (A Portrait of Madonna)’’ by video artist Candice Breitz was projected behind them. The party also featured an appearance by Madonna impersonator Timatha Kasten, who, based on what we’ve seen of her website, also does a good Reba McEntire and Carmen Miranda.