THIS STORY HAS BEEN FORMATTED FOR EASY PRINTING
Book review

Whale of a book 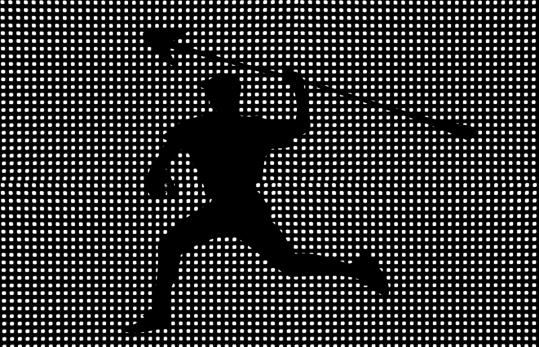 On the Wisconsin campus of Westish College, where most of “The Art of Fielding’’ is set, a statue of Herman Melville peers out over a lake. The college baseball team is nicknamed the Harpooners. The author refers to Mike Schwartz, the team’s most determined (monomaniacal?) player - who has both legs, but bad knees - as “the Ahab of this operation.’’ The college president dreams of owning “a big white whale of a house.’’

But debut novelist Chad Harbach does not merely echo “Moby Dick.’’ In at least one respect, he goes Mr. Melville one better. Whereas Ishmael alone symbolically dies and then bobs to the surface in Melville’s novel, Harbach puts the noggins of two of his major characters in the paths of potentially lethal pitches. Both young men are feared dead. Each rises to play again.

So “The Art of Fielding’’ is ambitious, and Harbach’s reach is not limited to grasping at the edges of the volume Melville himself termed “a wicked book.’’ Harbach includes a contemporary take on the cozy relationship between Ishmael and Queequeg. One of the Westish ballplayers, Owen, is a gay, biracial student whom his teammates nickname “Buddha.’’ This is in part because instead of paying attention to the ballgame, Buddha sits in the dugout with a little lamp attached to the brim of his baseball cap and reads “Fear and Trembling.’’ Oddly, Coach Cox is OK with this. So are Owen’s teammates. So is the college president, who is, perhaps not coincidentally, a Melville scholar, and who falls in love with the Buddha, and may learn as much from him as Ishmael learns from Queequeg about male companionship and the benefits of a relaxed and philosophical approach to whatever the waves carry in.

Though there’s plenty of baseball in “The Art of Fielding,’’ Harbach’s novel is no more about the game than “Moby Dick’’ is about whaling. Both books examine determination and striving, which can ennoble one or drive one mad. The whaler and the ballplayer both set off from home and then return, and when they come back they are changed. A ship that’s wrecked in the pursuit of a monster both real and mythical makes for profound changes. Maybe a ball team that suffers defections for mysterious reasons and exceeds all expectations can do that, too.

The invocations of Melville’s ambition and achievement are lightened by the fun Harbach has with his characters, at least when they’re not in peril. At one point the Buddha finds himself “with both feet on the tiny island of third base’’ during a pause in a tense game. He reaches into the back pocket of his uniform and finds a roll of mints. “He offered one to Coach Cox, who declined with folded arms, and then to the third baseman, who shrugged and held out his palm.’’ Meanwhile Schwartz, aching and dangerous, charges into the batter’s box “like a barely restrained bull.’’

The most significant character around whom this ocean of allusions and faux-holy ceremonies swirls is Henry Skrimshander, a magnificently gifted shortstop and disciple of Aparicio Rodriguez, author of a zen-like meditation that is also titled “The Art of Fielding.’’ Rodriguez has “the graceful upright posture of a monk,’’ and seems always on the brink of “divulging great truths with extreme modesty, and at extremely low volume.’’ The truths run to pearls like: “The shortstop is the source of stillness at the center of the defense. He projects this stillness and his teammates respond.’’ When Skrimshander, who has lived “The Art of Fielding,’’ suddenly fails at shortstop, everything becomes as meaningless as the sea without a big, white whale. There is nothing to chase. Truth as Skrimshander has known it disintegrates, and he is thrown back on his own apparently inadequate resources in days with no baseball.

At his best, Harbach energetically propels varied characters through a rambling story that is entertaining in part because the author himself often doesn’t seem to be taking it seriously. Some readers will be comfortable with his choice of college baseball as a setting for personal and universal struggles, some won’t. Some will be delighted with the inclusion of a studious, gay utility man who reads philosophy in the dugout without irritating anybody. Others will regard everybody’s embracing Owen the Buddha as magnificently unlikely, even gratuitous.

In these days when the short attention span is taken for granted and bookstores, if not quite yet actual books, are gone or disappearing, it’s fine to have this long and winding volume kicking up the sort of fuss that “The Art of Fielding’’ has inspired. The author reportedly received a $650,000 advance and good on him if it’s so. HBO is reportedly adapting the novel into a series and maybe cable TV won’t louse up “The Art of Fielding’’ the way Hollywood botched “The Natural.’’ Beyond that, who can doubt that when some number of people have made their way to the bottom of page 512, they’ll hike to the library and check out “Moby Dick.’’

Bill Littlefield hosts National Public Radio’s “Only A Game’’ from WBUR in Boston. He is writer in residence at Curry College in Milton and can be reached at blittlef@wbur.bu.edu.

THE ART OF FIELDING