Humorous and sad debut explores young vs. old Bulgarians, and the pull of place 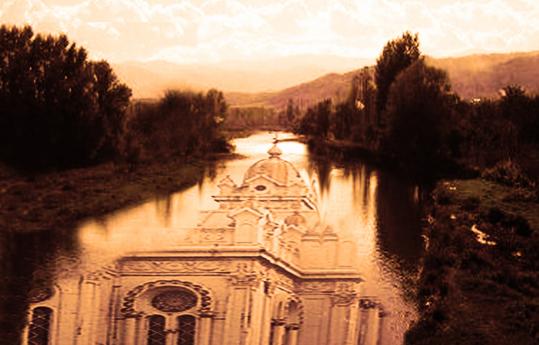 It seems a stroke of good luck that when 19-year-old Miroslav Penkov came to the United States to study, his compass tipped south. Had Penkov wound up in California, perhaps he’d have changed his name and become a psychologist, as he originally planned. For some reason, though, Penkov landed on the humid campus of the University of Arkansas, within a crow’s fly of the Deep South - the place where, as William Faulkner put it: “The past is never dead. It’s not even past.’’

Thank god he did. Eleven years after arriving in America, Penkov has published one of the most exciting debut collections in recent memory. The eight stories contained in “East of West’’ are funny and sad and wonderfully natural. Their best heroes feel like Eastern European cousins to Quentin Compson, the genteel Southerner who washed up at Harvard in William Faulkner’s “Absalom, Absalom!,’’ a man inexorably tied to a place, but determined, for his own survival, to leave it.

In the end, Compson could never leave the South. The same can be said of Penkov’s characters and their Bulgaria. However aggressive Penkov’s young men and women are about getting green cards and emigrating to the West, their families tug even harder in the other direction.

Over and again in “East of West,’’ grandparents, parents, teachers, and aging aunts attempt to smuggle bits of family lore (and Bulgarian history) into the travel bags of the grandchildren. In one of the funniest such leave-takings, which takes place in “Buying Lenin,’’ a young man on his way to America is given a good-bye letter from his grandfather.

“ ‘You rotten capitalist pig,’ the note reads, ‘have a safe flight. Love, Grandpa.’ ’’ To which the young man scribbles back: “You communist dupe, thanks for the letter. I’m leaving tomorrow, and when I get there I’ll try to marry an American woman ASAP. I’ll be sure to have lots of American children. Love, your grandson.’’

The breach that communism - and its fall - opened between generations in Bulgaria is poignantly and hilariously probed here. “Makedonija,’’ the first story, tells of a man born 20 years after Bulgaria freed itself from Ottoman rule. He is living in a retirement village under Communist rule in 1969, adapting grumpily. Then he finds one of his wife’s old love letters.

This is a familiar ploy within Penkov’s work. “East of West’’ is as drenched in ephemera as Bulgarian meat is in sauce. Lost letters, relics, artifacts, and old sayings proliferate as plot points and red herrings. In “Makedonija,’’ for instance, the real revelations lie not within the love letters, but the tales they unleash about the narrator’s long-dead brother, who was killed during a Communist purge. Despite the grandiose subtitle, what makes this book notable is the way in which history is refracted within day-to-day life.

In the collection’s exquisite title story, a young man thinks back on the summer of 1970 when he fell in love with his cousin. After Bulgaria lost land to the Serbs in World War II, his family is separated from hers by a river. Every summer there is an extravagant reunion, during which many alcoholic potions are drunk, trading is done, and the young people exchange money for blue jeans or track shoes, which could be obtained in Serbia.

Almost every sentence of this story sings with memory’s bardic yawp, a remarkable feat given that Penkov is writing in his second language. “On the banks are our people,’’ the narrator recalls in one scene. “My father is holding a white lamb under one arm and on his shoulder he is balancing a demijohn of grape rakia. His shining eyes are fixed on the boat. He licks his lips. Beside him rests a wooden cask, stuffed with white cheese. My uncle is sitting on the cask, counting Bulgarian money.’’

The best of these stories have the lyricism of hard-won autobiography; the weakest, such as “Cross Thieves’’ and “The Letter,’’ both of which chronicle post-communism chaos, pivot on the less interesting certainties of political observation in hindsight. As with the subtitle, the assumption that we turn to fiction for a sense of history is a mistake; but it’s one that is easy to forgive. Bulgaria is a small nation, very far from America. It will be, for many readers, a practically imaginary place.

And yet if there’s anything these stories tell us, it’s that memory and imagination are, at times, nearly the same thing. Even Penkov’s characters who stay in Bulgaria are tipped backwards, remembering the country they live in: its former glories, its slights, its wrong turns. This constant burnishing of a larger narrative is as hard-wired into the souls of Penkov’s characters as pinching is to crayfish.

In one of the collection’s most beautiful images, an old man takes his grandson hunting for the little creatures by a river at night. They wait until the tide is out and collect them from the crowfoot, poking them in the pinchers, causing them to grip. Just before dawn, when his grandson falls asleep, the grandfather lets all the creatures go. You get the sense he’s practicing for a larger departure.

John Freeman is editor of Granta magazine and author of “The Tyranny of E-mail.’’

EAST OF WEST: A Country in Stories
By Miroslav Penkov
Farrar, Straus and Giroux, 226 pp., $24