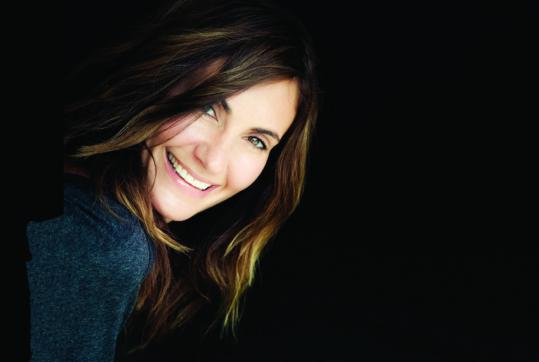 Q. What was it like going from writing about teen queens to Frankie Stein, the female teenage creation of Frankenstein’s son?

A. I think I’m still writing about teen queens. That has not changed, which I’m happy about. The attitude of the book, the tone of the book, the humor in the book are very similar to that of “The Clique.’’ I’m still writing about these alpha girls who are flawed. In this case . . . it’s more flaws that people are perceiving about them. It’s the fact that they’re different, and it’s more about them having to embrace their differences and having a community embrace their differences. It’s a lot more about themes of racism and alienation and prejudice than “The Clique,’’ obviously, but the characters still have the attitude, still have the sass.

A. I’m not a monster girl at all. I don’t like the vampire books. I don’t like any of those. That’s not my taste at all, which is funny for me that I wrote these books. These are the monster books for “Clique’’ girls. The girls that like “The Clique,’’ this is for them. This is sort of my interpretation of it. It’s not as serious. It’s dealt with a lot more humor and whimsy and pop culture and trends. It’s as if these monsters really were alive in our community, living today.

Q. Did you draw on any personal experience from your teenage years for the main character, Frankie Stein?

A. Aside from the bolts and all that? (laughs). Of course I did. [Frankie] is a very wide-eyed, idealistic character who is rebelling against the grown-ups and the status quo and believes that just because she wants change, she can make change happen. And I feel like that’s a very ubiquitous, high-school mentality. And it’s all good, but as you get older, you realize that it takes more than a dream to make something happen, and sometimes things don’t always go the way you want. You just have to keep trying and trying.

Q. How do you keep up with what’s going on in the teenage world for your writing?

Q. What’s the most enjoyable part about young-adult writing?

A. I get to do whatever I want! And [the readers] are on board. As long as I can ground it in some reality — even if that reality is completely far-fetched — they are along for the ride. And it’s the most dramatic time in anyone’s life. And so, I can be as dramatic as I want, and I love being dramatic. It’s when everything inside of you comes alive, and you’re the most embarrassed and the most in love and the most frustrated and the most alienated. And it’s just this world of superlatives. And I love living in that world.