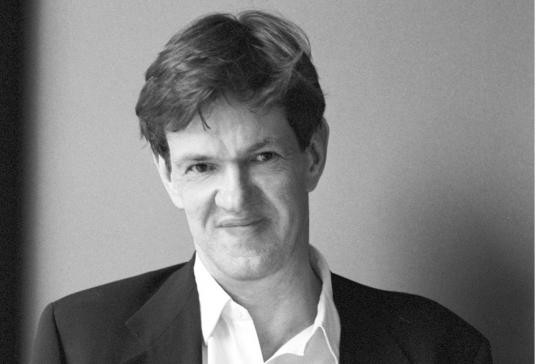 A. I don’t love it, but I think it does the job. Since writing “The Story of English,’’ which was 25 years ago, I’ve considered alternative descriptions until I was blue in the face. Once I saw this, which Jean-Paul Nerriere coined in 1995, I thought this is it. As we say in England, it does what it says on the tin.

Q. There’s a certain irony in the coinage coming from a French speaker.

A. I’m aware of that. It should be pronounced glo-BEESH.

Q. In an epigraph to “Globish,’’ you quote Walt Whitman describing English as “the dialect of common sense.’’

A. That’s why it’s so contagious. It’s useful. It has a function. It delivers the goods. There are many flaws to English, many quirks — not least the spelling — but it does a good job.

Q. You make a distinction in the book between the imperial roots of English internationally, but the language not being imperious.

A. The French have always been very imperious. Whenever they have a cultural decision to make it’s always top down. With English, it’s always bottom up. I’m saying implicitly that there’s a quality to the English language which is different from German or French or Chinese. That quality is approachability, usefulness, adaptability.

Q. If the world is flat, as Thomas Friedman argues, then is English round?

A. One would say it probably is. This is the first time in the history of the planet when the whole world can transmit and receive the same language. Not everyone chooses to do that, of course. There are still 5,000 mother tongues, and they are very important. But at the same time you’ve got this unprecedented situation. Latin was a lingua franca in the Middle Ages, but it didn’t extend much beyond the Mediterranean basin.

Q. Which has been more important to the emergence of Globish: the British Empire, American popular culture, or the World Wide Web?

A. There are a number of keys. The first is the passing of one empire, the British, followed by another, the Pax Americana, which had essentially had the same language, values, and culture. The rise of global capitalism is very important, too. They all come together, like a perfect storm, at the right moment. That’s the key.

Q. Your previous book was a biography of P.G. Wodehouse. What would he have thought of Globish?

A. First of all, he would have filled his pipe, then he would have spent a long time lighting it. Then he would have said, “Rum business, this.’’ On the other hand, he was somebody who loved clear prose. One of the joys of Globish is that it’s on the side of clarity and simplicity and straightforwardness. It’s against obfuscation and mystification and trouble. It’s a virus, but it’s benign.

ROBERT McCRUM LECTURES ON “GLOBISH: HOW THE ENGLISH LANGUAGE BECAME THE WORLD’S LANGUAGE’’

Tuesday at 6 p.m., at the Boston Athenaeum. Tickets are $15 ($10 for Athenaeum members). www.bostonathenaeum.org/node/455