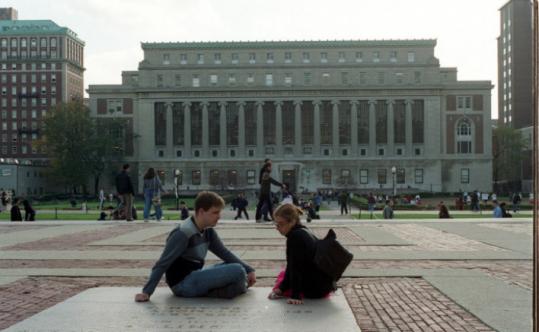 Higher education is America’s best product. In a recent survey conducted by Shanghai Jiao Tong University, 17 of the top 20 (and 40 of the top 50) research universities in the world were in the United States.

So it has been, claims Jonathan Cole, professor of sociology and former provost at Columbia University. And so it can be. But only if we understand that what has made the nation’s universities so distinguished is they “produce a very high proportion of the most important fundamental knowledge and practical research discoveries in the world.’’

In his capacious, candid, and compelling new book, “The Great American University,’’ Cole explains the emergence of the research university; provides an eye-popping account of the discoveries made by professors in the last half century; and assesses the threats that place higher education in the United States “at risk of losing its dominant status.’’

Earlier than others, Cole points out, Americans committed themselves to mass education up to and including a college education. The nation established universities that would create as well as disseminate knowledge. By the middle of the 20th century, research institutions had put in place structures and a culture that enjoined all members of the academic community to embrace the unfettered flow of ideas and academic freedom.

After World War II, Cole reminds us, scientific research was carried out principally at universities through contractual arrangements with the federal government. Although a key aim was maintenance of the military superiority of the United States, scientists were not employees of the state. They were chosen through a system of peer review and had a considerable amount of autonomy.

The visionary postwar partnership between government and higher education, however, had “serious design flaws.’’ Omission of the social sciences and humanities from the model “seriously damaged both sets of disciplines, slowing down their development and reducing appreciation for interdisciplinary research.’’ Despite some legislative remedies in recent decades, funding in disciplines other than the sciences remains woefully inadequate.

When people consider the great discoveries of our time, Cole acknowledges, they rarely think about social and behavior science, and almost never about humanities. In “The Great American University,’’ he tries hard to establish that the work in those fields is also profound and consequential.

In response to another looming threat, Cole argues, US research universities must beat back challenges to freedom of inquiry. They come in many forms — not all of them from outside, or from conservatives. All too often, he writes, academics circle the wagons around their own orthodoxies, refusing to place on the table for debate controversial ideas, including the proposition that differences in educational performance among racial groups may not be the result of discrimination; or the validity of data on the percentage of women who are the victims of date rape.

Even more dangerous, according to Cole, are attacks on academic freedom by government officials. They were, he demonstrates, especially egregious during the administration of George W. Bush, when national security trumped open inquiry; peer review was undermined; and research on climate change and embryonic stem cells was politicized.

Cole hopes that much of the damage will be undone by President Obama. The president, he notes, has already ordered officials in government agencies not to use political criteria to evaluate scientific evidence and pledged government resources to research and innovation. To make this vision a reality, Cole concludes, strategies must be developed “to meet new needs, with dual emphasis on curiosity-driven basic knowledge and useful knowledge.’’ And a commitment to research universities, the jewel in America’s crown, must extend well beyond the White House.

THE GREAT AMERICAN UNIVERSITY Its Rise To Preeminence, Its Indispensable National Role, Why It Must Be Protected By Jonathan R. Cole