The struggle for civil rights in the North, often overshadowed, gets a comprehensive review 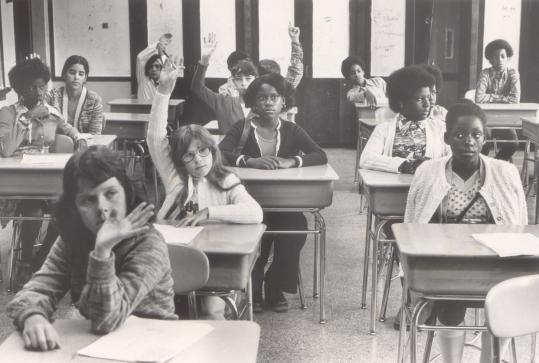 Barack Obama's stunning rise to the White House has inspired hoorays as a mark of the phenomenal progress toward racial harmony in America. But Thomas J. Sugrue's study of the civil rights movement in the North suggests that nothing more than a muted celebration is warranted.

Sugrue's ironically titled "Sweet Land of Liberty: The Forgotten Struggle for Civil Rights in the North" looks backward, not forward. He does not ponder how the symbolic power of Obama's election might promote first-class citizenship for African-Americans. Still, if history is a guide to the future, the stubborn racial polarization he documents seems unlikely to vanish soon, even if the election reflects a sea change in racial attitudes. The civil rights movement may have produced a "transformation of attitudes and public discourse," he says, but it did not "dramatically change the patterns of racial inequality in the North."

The topic that Sugrue, a historian at the University of Pennsylvania whose book on crisis in urban America won a number of awards, has roped off for this study is what he calls the "unheralded struggles" for civil rights in the North. That purpose separates him from historians of the Southern civil rights saga, who have in Martin Luther King Jr. and his associates a cast of legendary figures.

Sugrue sets out to debunk "the tired clichés of recent books that fixate on the 1960s as the fundamental turning point in the history of race in modern America." His exhaustively researched account demonstrates that Northern activists achieved critical breakthroughs in the cause of African-American economic and political equality.

If his book lacks the narrative power of Southern civil rights history, that's at least partly a function of his inherently less dramatic material. Sugrue writes clearly, though blandly. His prose is downright clunky in spots, such as a description of the federal housing programs of the 1930s as having "mixed the gravel of racism into the mortar of public policy."

Many of his heroes are down-in-the-trenches activists. One is Hallie Taylor, who spearheaded protests in 1949 against the racially gerrymandered Lincoln School in the New York suburb of New Rochelle. Sugrue heralds the protests, which did not succeed in closing the school, for having advanced the drive for school desegregation by turning New Rochelle into a national "cause célèbre."

Also spotlighted is Cecil Moore, a lawyer who steered the Philadelphia chapter of the NAACP toward action and civil disobedience in a campaign to open construction jobs to black workers. The specter of African-American militancy emerging at Northern job sites impelled President Kennedy to announce his opposition to racial discrimination on federally funded projects.

Sugrue's scholarship is most impressive in his analysis of the social, economic, and political currents that swirled around the activists. Sugrue identifies cogently, if didactically, a series of intellectual concepts to explain how activists' tactics evolved.

One concept that took hold in the 1950s was the belief that racism was an irrational, but fixable, pathology of white Americans. That notion gave rise to open-housing initiatives - a push to desegregate the planned community at Levittown, in Pennsylvania, for instance. Advocates of housing desegregation believed that, if they prevailed, they would foster interracial harmony.

The idea that blacks ought to run for public office gained traction in the 1970s. Many tried. Among the notable successes were Harold Washington of Chicago and Tom Bradley of Los Angeles, the first African-Americans elected mayor of their cities. Sugrue says that the surge into electoral politics reflected a philosophical convergence between the Northern civil rights movement and "the liberal state," stemming partly from President Johnson's War on Poverty.

Even with blacks sitting in the corner offices of many city halls, Sugrue concludes, "the most sweeping political" gains "resulted from disruption or the threat of it." Thus, he contends that marches and boycotts, not the school desegregation cases that activists brought in the federal courts, advanced the cause of equality in the North.

He cites the federal suit that forced Boston to desegregate public schools in the mid-1970s. He says the seeming victory for activists actually spelled defeat because whites eventually abandoned the educational system for the suburbs and left city schools more segregated than they had been before. A metropolitan-wide, as opposed to a citywide, plan might have been more effective, but the US Supreme Court barred that remedy in 1974 with its Bradley v. Milliken ruling. Even if the suits had little lasting effect in achieving racial balance, as Sugrue says, what about their symbolic value as the white establishment's attempt to root out bigotry? He doesn't say.

Of course, many of the civil rights undertakings in the North did not end in defeat. There have been important gains: the fading of overtly racist attitudes among white Americans, the growth of an African-American middle class, and the election of numerous blacks to public office.

A far less rosy picture emerges, however, from statistics that Sugrue reports: median household income (blacks' earnings are 62 percent of whites'); household wealth ($74,900 for whites, $7,500 for blacks); and life expectancy (78.3 for whites, 73.1 for blacks). Despite the many initiatives to integrate schools and neighborhoods where blacks are scarce or unknown, he points out, the "most persistent feature of life in the North has been racial segregation in housing and education."

No doubt the statistics are open to varying interpretations. Yet, Obama's triumph notwithstanding, few would argue that the quest for civil rights in the North is close to a mission accomplished.

Joseph Rosenbloom is a senior correspondent for The American Prospect.

SWEET LAND OF LIBERTY: The Forgotten Struggle for Civil Rights in the North By Thomas J. Sugrue