The catalysts and results of our lingering, primal response to 9/11 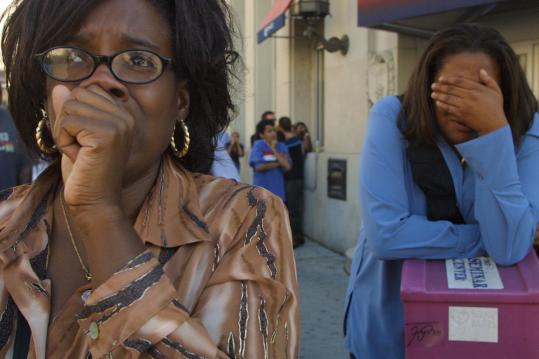 The Paranoia Switch: How Terror Rewires Our Brains and Reshapes Our Behavior - and How We Can Reclaim Our Courage
By Martha Stout
Farrar, Straus & Giroux, 226 pp., $24

In the attack's immediate aftermath, many thought it had. Large-scale terrorism from abroad was unprecedented and terrifying. Suddenly, irony was out. Patriotism was in. Drum-beaters were hailed, naysayers reviled. Security was paramount, civil liberties secondary.

Six years later, in the midst of a misbegotten war, everything is up for grabs. We're freer now to debate and analyze, even to laugh and poke fun at our leaders. For late-night comedians, it's a feeding frenzy of satire.

But one constant remains - fear. Martha Stout's "The Paranoia Switch" and Susan Faludi's "The Terror Dream" seek to explain why. Stout, a psychologist who has taught at Harvard Medical School, underscores the phenomenon's psychological underpinnings. Faludi, winner of a Pulitzer Prize and a National Book Critics Circle Prize, probes its roots in our cultural mythology.

Aiming to capture the general reader, Stout has dumbed down her book to a fare-thee-well. Her thesis is simple. In the wake of 9/11, Americans function like war vets cowering at the sound of a car backfiring. We suffer from a collective post-traumatic stress syndrome.

Specifically, our brain chemistry has been altered. When certain stimuli trigger memories of the attack, a "paranoia switch" goes off in the primal limbic system, bringing back all the anxiety of that day.

Terrorism, however, does not always succeed. It works, Stout reminds us, only to the extent that it instills feelings of helplessness and hopelessness. Compared with Europeans and Israelis in this regard, Americans have not fared well. The reason? Leadership that exacerbates the problem by exaggerating the enemy's terrifying evil and power.

In lieu of inspired leaders, she argues, we have fearmongers. Though not often singling out President Bush and allies by name, her targets are clear. We have been plunged into a "limbic war" propelled by Machiavellian guile - scapegoating, distractions from the facts, and a primitive lust for revenge.

Why is it so hard to see that the emperor has no clothes? Here Stout evokes another analogy. We are like abused wives who refuse to leave their husbands. We can't dare let ourselves believe that our "self-avowed 'protectors' are also scare mongers . . . who are inflating and maintaining our fears."

Stout tries gamely to cheer us up, to tell us that we can shake off fear's shackles. But in the end, she isn't very convincing. Faludi, on the other hand, makes us grasp the enormity of the task. It's embedded in our history and culture, the very way we think about gender roles.

Faludi's previous books, "Backlash: The Undeclared War Against American Women" and "Stiffed: The Betrayal of the American Man," are monuments to reportorial tenacity and feminist zeal. They are also serious, substantial works revealing the sometimes hidden assumptions underlying our cultural mythos. So, too, is "The Terror Dream."

Like Stout, Faludi employs the language of national trauma. We reacted to it, she writes, "not by interrogating it but by cocooning ourselves." We wrapped ourselves in a traditional comfort blanket - a neo-1950s mood of "family 'togetherness,' redomesticated femininity and a reconstituted cold warrior manhood."

The new patriotic calculus came down to this: To fight the enemy abroad, Americans had to hunker down at home. And what was more familiar than the "dreamscape populated by John Wayne protectors," with women "the helpless and dependent foil"?

Faludi's analysis is telling about the political right's tortured logic in reaching these conclusions. But she's equally good at demonstrating how mainstream media - from People to "Good Morning America" to The - often tagged right along.

The mood was perfectly captured in a headline: "Out: Dot-Com Geeks. In: Burly Men with Axes." This was the ur-moment for firefighter chic. On the campaign trail, Bush and John Kerry vied to see who could have more photo ops with guns in their hands. On TV, tough guys who bullied criminal suspects were all the rage.

"From the ashes of September 11," wrote former Ronald Reagan speechwriter Peggy Noonan, "arise the manly virtues." In similar fashion, females had to be put in their place. Independent women were viewed as enablers of less than courageous men, and hence could be blamed for our nation's vulnerability.

Trend spotters claimed that more married women were forsaking jobs to bear children and single women were vowing to marry. Never mind, Faludi shows, that statistics for these "trends" were scant or told a different story. This was a classic case of pack journalism unhinged from the facts.

The Jessica Lynch saga fit right into the script, and was equally inaccurate. This soldier was neither heroic nor helpless. She was not tortured by Iraqis. Her rescuers faced no fierce opposition.

Faludi is far less successful - and more selective in her use of evidence - in the book's last third, dashing through the entire course of American history. All the same, the common thread from "The Last of the Mohicans," to Zane Grey cowboy pulps, from John Wayne movies to Superman comic books, is a disturbing record for anyone who believes, as I do, that any fight against terrorists requires the talents of men and women alike.

Dan Cryer is a contributor to "Good Roots: Writers Reflect on Growing Up in Ohio."