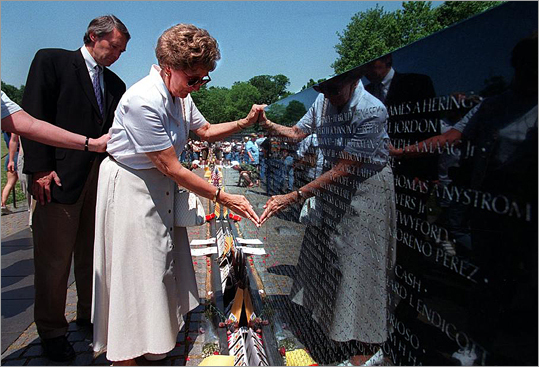 By Linda Morgan Bliss, Globe Staff
After years of knocking on countless doors and asking anyone and everyone in political office for help, DelRossi, assisted by her son, also named Richard, and other family members, finally prevailed in 1999, when her brother’s name was sandblasted onto the black granite memorial known to many veterans simply as “the Wall.’’