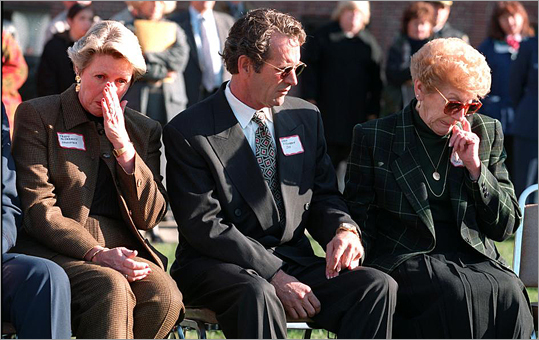 By Linda Morgan Bliss, Globe Staff
The exact start of the Vietnam War is hard to pinpoint, which is the primary reason for the difficulty in getting Fitzgibbon’s death recognized. The conflict had its roots in both Vietnam’s quest for independence from France after World War II and the Cold War. American military advisers were first sent in the mid-1950s to support South Vietnam against the communist North. By 1968, the United States had more than 500,000 troops there, fighting an undeclared war that eventually took more than 58,000 lives and divided the country.

Eunice Fitzgibbon with her son and daughter at the Vietnam Veterans' Memorial dedication in 1998.