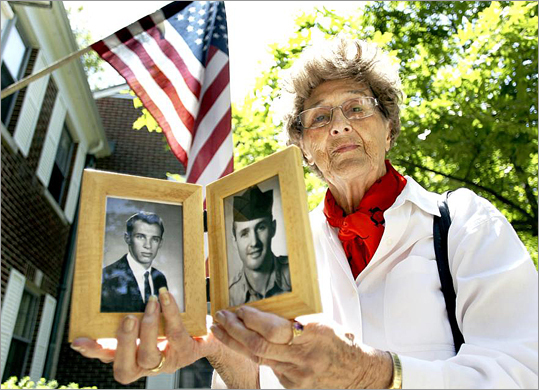 By Linda Morgan Bliss, Globe Staff
But it took some effort — over 15 years, in fact, by his sister and others — to get the elder Fitzgibbon’s death officially recognized as a war casualty. These days, Alice DelRossi, of Stoneham, often finds herself drawn to the past, lingering over pictures of her brother and nephew, reading newspaper clippings and entries in books about the war. “I look back and read about them every day,’’ she said, her voice strained with emotion. “It doesn’t get any better.’’

Alice DelRossi holds a picture of her brother and his son.