THIS STORY HAS BEEN FORMATTED FOR EASY PRINTING
Destinations

For 'hog peepers and year leapers 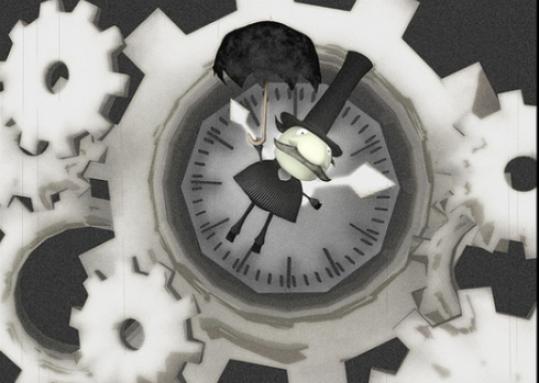 Sure, you probably already know that on Feb. 2, Punxsutawney takes center stage thanks to a sizable rodent that predicts the length of winter. But did you know about the tailgating that goes on before the hairy beast comes out to look for his shadow? One of the most social of the many activities planned, which include a comedy showcase and the crowning of a Groundhog King and Queen, is a Feb. 1 sleepover at the "crash pad" (also known as the Punxsutawney Area Community Center). For just $5 after 10 p.m., you can bring a sleeping bag to the pad and get a few hours of rest before traveling with the masses to see the 'hog. No reservations necessary.

This two-day fest unites yarn workers with exhibitions, sales, classes, and schmoozing. Coordinator Barbara Grossman says some of the knitters will arrive with animals so that they can shear them and work with the fiber on the spot. "They'll pluck right from the bunny," she says. Instructors include Annie Modesitt, author of "Confessions of a Knitting Heretic." You can enter your work in contests for best sweater, best wrap, and, just for kicks, ugliest garment. Fifteen dollars in advance for both days.

Also known as Heaven on Earth for Sudoku addicts, this day of puzzle competitions for children and adults will be held in Morgan Hill's snazzy new public library. There's plenty of the aforementioned numbers game, as well as a tense adult crossword competition designed by Will Shortz, the renowned puzzle maker who was the subject of the 2006 documentary "Wordplay." If you fear competition, there will be stress-free workshops about puzzle making (and solving) and a group activity: creation of a giant (42-by-70-inch) crossword puzzle. Five-dollar donation recommended.

Not long after Silicon Valley plays with puzzles, up-and-coming designers gather to play electronic games in San Francisco. The weekend is a celebration for industry types, but participants can fool around with games that have been chosen as finalists in the 10th annual festival competition. This year's roster includes "The Misadventures of P.B. Winterbottom," a dark, silent-film-inspired game designed by students at the University of Southern California's School of Cinematic Arts. Passes $175-$195.

To you, it's just an extra day. To others, it's a birthday that comes only once every four years. Anthony invites all of the world's Leap Day babies to share the joy. There's a parade, a birthday dinner, and a celebration of other Leap Day people - those whose wedding anniversaries fall on Feb. 29. Expect to see some international "leapers" in the crowd, and keep in mind, even though this is only the sixth festival, it's been running since 1988.

Events are sometimes canceled, rescheduled, or sold out; call or check online to confirm. Meredith Goldstein can be reached at mgoldstein@globe.com.