What will save Venice from the perils of decay, flooding - and tourism 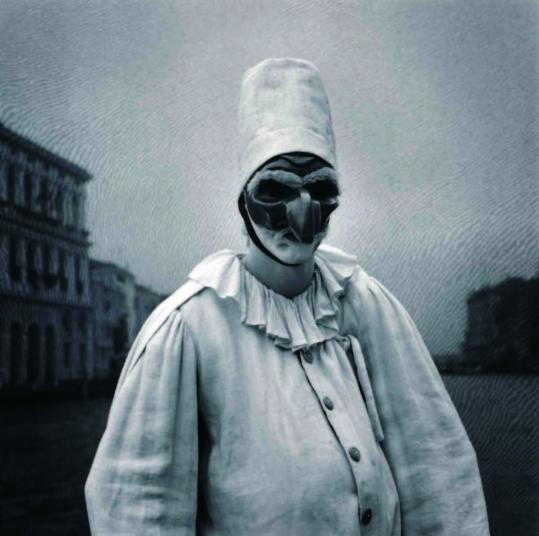 VENICE - Whether we go to Paris, or London, or Buenos Aires, or Bangkok, we all register the existence of two incarnations of each of these places: There is the city geared to tourists. And then there is the “real’’ one, the one negotiated by its inhabitants.

Even as we gratefully submit to the former, we yearn for the latter.

Yes, it’s the most unlikely, the most mysterious, the most heart-stoppingly beautiful city in the world. But it’s also the most overrun: by tides, by crowds, and increasingly by commerce.

Is there a real Venice behind the one we all see when we visit? Or is this it - this crowded, cultural theme park?

I have been to Venice as a backpacking tourist, like so many others walking around with my jaw on the floor, getting lost - and more lost - and wondering why it was so hard to get a good meal.

But for a decade now, I have been going every two years to a very different Venice. As a working art critic, I head off at the beginning of every other June, giving myself three to seven days to take in all the constituent parts of the Venice Biennale, an archipelago of art exhibitions widely regarded as the most important event on the contemporary art calendar.

So my experience of Venice, while certainly no more “real,’’ is no longer typical. I spend most of my time there on deadline, worrying about Internet connections, overwhelming heat, and rendezvous with freelance photographers, jumping on and off crowded vaporetti, failing one test of navigational nous after another.

That’s just during the day. At night there are the parties organized by the US delegation, the Australians, the French, the Russians, the Britons, or various wealthy collectors who choose to use the occasion of the Biennale to show off their private collections.

Trying to get to these glamorous events, one must shuttle across the lagoon to the Hotel Cipriani in one of Venice’s casually chic water taxis, or else wade with socks and shoes in hand through flooded streets to fabled hotels and palazzos on the grand canal.

As I say, then, not quite typical.

And yet, even in my state of harried confusion (it never seems to get easier), a fizzy background hum in my brain signals a happier, more durable state of mind. Really, a form of incredulity - an ongoing and absolute inability to believe where I am.

I know I am not alone. The same question is tattooed across the sweaty faces of each and every passerby.

One of the most interesting exhibitions at this year’s Biennale (through Sept. 30) is called, provocatively, “Real Venice.’’ The show comprises 14 suites of photographs by 14 photographers. It was organized as a fund-raiser (the works are for sale) by Venice in Peril, an organization that, since the aftermath of the disastrous floods of 1966, has been committed to saving the city from decay and keeping people informed about its often complex predicament.

Each photographer - and it’s a fine lineup that includes Nan Goldin, Philip Lorca diCorcia, Candida Höfer, and Hiroshi Watanabe - was given carte blanche to respond to the city as he or she pleased. The results, in many cases, are brilliant - far above the sort of thing that usually makes it into well-intentioned fund-raisers.

The very first photograph of Venice was by a tourist, Alexander John Ellis. This is worth keeping in mind when contemplating the photographs here by Robert Walker and Dionisio Gonzalez, who dispense from the start with the notional existence of a “real Venice’’ - a more authentic city that exists independently of the tourists’ Venice.

Instead, they make great play with the trappings of artifice. Where Gonzalez uses computer programs to splice visionary architecture in among the traditional facades lining the grand canal, Walker makes vibrant, Pop-art-influenced compositions that draw on kitsch souvenirs and mass-produced trinkets.

Instead of recoiling, however, we are seduced: Walker’s pictures, in particular, are incredibly striking. They overpower our nobler, more sensitive impulses in the same way that the hideous mega ads draped over the facades of St. Mark’s Square overpower the buildings themselves.

Of course, the one indisputable “reality’’ about Venice - a reality that has united all these independent-minded photographers in common purpose - is that it is in serious trouble. It is sinking. Each century it sinks by two or three inches.

That may not sound too bad. A century is quite a long time. The problem is that, even as it sinks, water levels are rapidly rising. The net result is that the mean water level is about 11 inches higher than it was in 1897, when measurements from a fixed point were first made.

“Already,’’ explains Anna Somers Cocks, chairman of Venice in Peril, “the water level is at, or just above, the point where the stone, less porous, bases of the buildings join the brick walls. The bricks absorb the salty water, and the crystals crumble both brick and mortar and degrade the marbles.

“The damp is now at second-floor levels and above, and rusts through the iron tie rods that are essential to the stability of the ancient houses. In the atrium of St. Mark’s Basilica, the damp has reached 19 feet and is causing the very rare and beautiful Byzantine 1,000-year-old mosaics to fall off.

“In effect, the city is already rotting from the feet up and the cost of fighting against it will get higher and higher. This situation is unprecedented, largely unpublicized, and, for the moment, there is no plan for how to deal with it.’’

A century ago, Venice was flooded by waters surging in from the Adriatic Sea only about seven times a year. Now it happens approximately 100 times annually.

Attempting to deal with this problem, Italian authorities have chosen to implement a fantastically ambitious defensive project known as MOSE (Modulo Sperimentale Elettromeccanico), or Moses. The project, which is costing more than $5.7 billion, is due to be finished in 2014.

Every time a high tide alarm sounds, the three inlets connecting the Adriatic with the Venetian lagoon will be closed off when huge, submarine steel barriers fill with compressed air.

Assuming it works, it will do much to protect the city against what Somers Cocks calls “acute periods of flooding caused by an exceptional combination of high tides, low pressure systems, and strong winds.’’

But it won’t stop the buildings from sinking, nor the worsening rot.

So why can’t the barriers stay permanently closed?

Because, explains Somers Cocks, “the lagoon needs its twice daily exchange of water occurring with the tides to keep it clean.’’

What, then, about that other kind of deluge - the deluge of visitors?

This is the issue that affects the persistent question of whether or not a “real Venice’’ - one that might be worth saving not just as a cultural theme park but as a viable, working city - can be said to exist.

But it’s directly linked with the other issue - the city’s physical subsidence. For one of the things that any visitor to Venice cannot help but notice is the presence of massive cruise ships basking nearby, dwarfing the city’s architecture.

These ships unload thousands of tourists into the city’s narrow streets and bridges. They also displace a lot of water into the surrounding canals. Studies have suggested they pose no threat to the city’s physical fabric. But Somers Cocks doubts the independence of these studies, and laments plans to build yet another dock for them in the port.

Venice gets around 17.5 million visitors a year. But less than a quarter of these actually sleep in Venice. The rest are day-trippers or cruise ship passengers.

The contribution of these more fleeting visitors to the local economy is limited; they typically buy just trinkets and cheap food. (This fact might explain some of the exasperation expressed by vendors, service providers, and business owners who deal with this reality every day).

The city itself has a permanent population of just under 60,000, which is down from 174,000 in 1951. The figure is roughly the same as the average number of tourists in Venice on any given day.

But it doesn’t include the many people - around 15,000 - who have second homes in Venice, nor the roughly 4,000 students who live in the city during term time (another 19,000 come into the city to study during the day).

Many residents lament the population decline, and they are frustrated by the city’s inevitably increasing property taxes. Back in 2009, Matteo Secchi, a local businessman who keeps a tally of the dwindling local population on an electronic board inside a shop front, organized a mock funeral ceremony for the city, carrying a coffin down the grand canal and onto the Rialto Bridge.

And yet, Venice is physically very small, and a population of close to 60,000 is still considerable. The situation, according to Somers Cocks, writing on the Venice in Peril website, “is not nearly as moribund as it suits some interested parties to say.’’

Clearly, at any rate, Venice is up against some serious challenges, and its plight is not helped by the insanely Byzantine bureaucracy that is in place to deal (or, conceivably, not to deal) with its water-related problems.

Nor, perhaps, is it helped by the pathetically swoon-prone people like myself, who have, over the centuries, found something throat-catchingly poignant in Venice’s imperiled state, its fading grandeur, and who would, on most days, rather not think about hydraulic water barriers and cruise ship statistics.

Given the huge problems Venice faces, it’s probably time we got real.

There is, by the way, a real Venice. But it’s seen, I believe, only in glimpses: the glimpsed lives of its permanent residents, certainly; but also the glimpsed experiences of its cruise ship visitors, its hotel employees, its splendid palazzos, their interiors seen through windows when chugging down the grand canal, its preposterous art events, its restaurants, both grand and disastrously bad, its students, and so on. This, all of it, is Venice’s reality - and in truth, it’s all a little bit extraordinary.

The grand illusion of Venice on tourism