With pubs, palaces, and a panorama 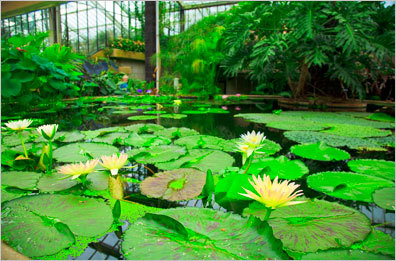 “Richmond’s great for walking,’’ says a patron named Bruce, raising a glass of ale. “It’s best for seeing real history, without running into crowds,’’ counters Alan, who shares a wooden bench with him near the fireplace. It’s easy to join the conversation at the Victoria, an inn and pub, and the men field my questions about the town with pride.

“What it is,’’ says John, the bartender, “is a place with everything but the irritations of the city. Now, don’t get me wrong, I love London. But we’ve got almost everything it’s got.’’ He takes a moment to enumerate, “Palaces, theaters, parks, gardens, historic houses.’’ Bruce adds, “Don’t forget the Thames.’’

Two young women smile overhearing us. One pipes up, “Richmond’s simply a good place.’’ Her companion chimes in, “Good food, too,’’ as she catches a whiff of the fish and chips cooking in the kitchen behind the bar. “Everyone has his or her own Richmond,’’ Bruce concludes, as he orders roast chicken and returns to his ale.

A long weekend here makes a perfect getaway. Only 15 minutes by train from central London and in spring and summer a delightful 22-mile ferry ride on the Thames from Westminster Pier, Richmond has enticed Londoners and other visitors for centuries. Quieter than a big city, it has gracious hotels and inns and pubs and restaurants that serve everything from classic British to Indian, Thai, and Spanish cuisine. It more than lives up to its original name, Shene, which means “refuge’’ in Anglo-Saxon.

You won’t lack for things to see and do. The 2,500-acre Richmond Park and the London Wetland Centre would take years to explore fully. Many sights are near the Thames, among them majestic Hampton Court Palace. Built by Cardinal Wolsey in the early 16th century and later owned by King Henry VIII (1491-1547), this magnificent Tudor palace occupies 60 well-manicured acres. It was the center of royal and political life in England into the 18th century: Henry spent his honeymoon with Anne Boleyn here in 1533 and married his sixth wife, Catherine Parr, here 10 years later. King Charles I was held prisoner in its rooms in 1647 by Oliver Cromwell. A famous maze was planted in the North Gardens in 1702 that is still difficult to navigate.

The 400-year-old Ham House has an exceptionally fine collection of 17th-century furniture and textiles. The formal gardens are particularly appealing, with trees, flowers, shrubs and vegetables common back then. At the 300-acre Royal Botanic Gardens at Kew you can explore glass houses, climb a tree canopy, delve into a rain forest, visit a giant pagoda, and discover more on a guided tour. Since their creation in 1759, the gardens have made a great contribution to the study of plant diversity and economic botany.

The 110-year-old Richmond Theater on Richmond Green, designed by acclaimed architect Frank Matcham, draws more than 300,000 people a year. Other places might look familiar, as they served as locations in films including “Shakespeare in Love,’’ “Billy Elliott,’’ “The Hours,’’ “Finding Neverland,’’ and “Harry Potter and the Goblet of Fire.’’

Richmond claims excellent dining spots to fuel your explorations. They range from relaxed and casual pubs to elegant restaurants serving haute cuisine. For morning coffee and pastries, I loved the tranquillity of the Hollyhock Cafe, a quaint cottage hidden away in the Terrace Gardens, between Richmond Hill and the river. You can relax on the shaded veranda and enjoy the view. For lunch, there is the leafy Petersham Nurseries Cafe & Teahouse in a renovated garden shed. Menu offerings include homemade sandwiches made with naturally leavened breads, and soups, such as borlotti bean and vegetables, sweet potato and ginger, as well as savory dishes.

Break up the afternoon at The Tea Shop, a specialist teahouse that serves and sells a select list of loose-leaf world teas, alongside homemade sandwiches, salads, snacks, cakes, and biscuits, all available to go. When I didn’t return to the Victoria Inn for fish and chips, I split my evenings between two sophisticated dining rooms, the Restaurant at the Petersham Hotel and the Bingham, both with views and first-class, international menus.

No better place exists to contemplate Richmond’s beauty than across the road from the inn. It is the only protected view in the United Kingdom, decreed sacrosanct by an Act of Parliament in 1902. Down a gently sloping hill, the Terrace Gardens, with their robust shrubberies, rockery, rose garden, and acres of rolling meadowlands and green woods stretch to the horizon. The Thames winds past crowded docks. Along the river’s edge runners jog and herons perch under ancient Richmond Bridge.

The panorama appears little changed since Sir Walter Scott wrote in 1818, “The equipage stopped on a commanding eminence, where beauty of the English countryside was displayed in the utmost luxuriance. . . . The Thames, here turreted with villas and there garlanded with forests, moved on slowly and placidly, like the mighty monarch of the scene.’’

Take a path down the hill to the riverbank, where restaurants and cafes offer a good vantage point from which to watch boats ply the river.

From there, it’s a short walk into town, which is full of shops and restaurants, movie theaters, grocery stores, and pubs as well as cobblestone alleys and 400-year-old cottages. At Town Hall, a tourist office helps with maps, information about the local sights, and bus, ferry, and train schedules. Since the Museum of Richmond is in the building, it’s worthwhile to see the exhibits that give a sense of the town’s 1,000-year history.

Armed with a map, some history, and recommendations from the denizens of the Victoria, you can easily find your own Richmond.

Valerie Gladstone can be reached at vgladstone@saharaltd.com.