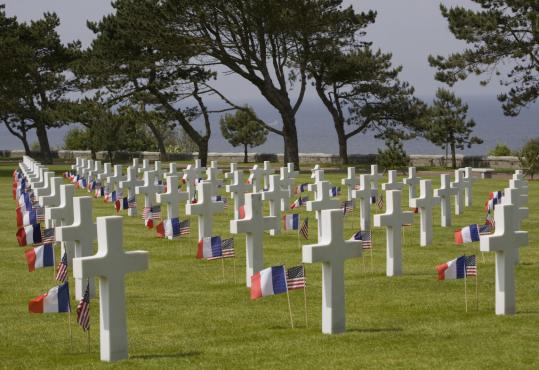 So what do you get when you stir - no, mix - these passions?

You get Conservative Tours, recently launched by Chase, 48, out of his Belmont home, which promises ideological red meat with your merlot. Under the motto “Where American patriots take flight,’’ Conservative Tours (www.conservativetours.com) plans eight more trips this fall and winter, from a “gastronomical tour’’ of Paris and Burgundy to Christmastime in France and England (where Chase prefers the Imperial War Museum to Harrods, though he will show you both). Howie Carr, radio and Boston Herald pundit, on whose show Chase has bought advertising, accompanied his tour to “imperial Rome’’ and Tuscany last week.

Each vacation, roughly a week long for about $3,000, will include sites that Chase believes appeal to conservatives, especially battlefields and military-related stops. He dreams of ferrying up to 40 people per trip, but that will take time and a more expansive ad budget. “I may be a Republican, but I’m not a rich Republican,’’ he says.

National Review, the conservative magazine founded by the late William F. Buckley Jr., has long offered cruises on which guests listen to panel discussions about the day’s issues. Aside from that, “I hear of a lot of special-interest group tours that are going around, but this is the first time’’ for a politically-oriented one, says Bob Whitley, president of the United States Tour Operators Association.

Joanne Gardner, president of the Illinois-based Midwest chapter of the American Society of Travel Agents, says by e-mail: “People always like to travel with like-minded people,’’ citing faith-based tours by religious groups. But “what makes somebody think that only conservatives are interested in the beaches of Normandy and the history of our country?’’

Chase replies that, in his experience, conservatives enjoy visiting D-Day beaches or the Battle of the Bulge site; the left, “in the main,’’ doesn’t. “I’ve never, never heard a liberal say, ‘I want to make a pilgrimage to Normandy.’ . . . A liberal knows what Cannes is. You’re never gonna see a conservative saying, ‘We’ve got to go to Cannes.’ ’’

Clearly, you must be prepared for some right-thinking conversation if you fly with Chase, who was the GOP candidate against the late Senator Edward Kennedy in 2006.

Conservative Tours is pitching to a particular kind of conservative, one who shares Chase’s conviction that those leaning starboard “are under siege.’’

If you share this siege mentality, “I can address that,’’ Chase says. “If this is a once-in-a-lifetime trip, which it is for a lot of people, you don’t want to be looking over your shoulder, worrying if you’re gonna run into some - some Cambridge Democrat . . . with whom you can’t engage in a civil discourse about anything political.’’

More than a dozen years ago, Chase founded The French and Spanish School to teach foreign languages, though he says the recession might force him to close. He’s hoping Conservative Tours will be his transition. For now, the new company is pretty much just him. (His wife, Marisa de la Paz, a native of Madrid, will help him guide tours in Spain, and he’s relying on family and friends across the Atlantic to help him court European hotel and restaurant managers.)

Chase’s market research can be summed up in one word: 2004.

“You had Bush winning with approximately 63 million votes,’’ he says. “I only need maybe 22 of them on any given trip for it to be worthwhile.’’

Conservative Tours
617-484-4745<.br>
www.conservativetours.com
Eight trips remain this fall and winter, starting at $2,978 and excluding airfare and three dinners. Most are seven nights. The next tour, to Provence in France, runs Nov. 14-22.