THIS STORY HAS BEEN FORMATTED FOR EASY PRINTING
A Tank Away | Woodstock, Vt. 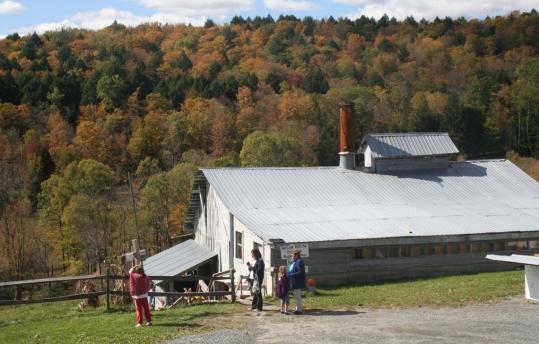 If it were not for the strong conservation and philanthropic efforts of the late Laurance and Mary Rockefeller, Woodstock would probably be a quaint little stopover for lunch or dinner on the way to ski Killington. In 1968, the couple, who had married in Woodstock, her summer home, in 1934, established the Woodstock Foundation. They proceeded to convert The Woodstock Inn into one of Vermont’s major resorts, used the land once cultivated by Mary’s grandfather Frederick Billings as a museum dedicated to Vermont farming, and donated their estate as the cornerstone of the Marsh-Billings-Rockefeller National Historic Park. They also took the reins of Suicide Six, first opened as a ski resort in 1937, ensuring that Woodstock would become its own winter destination.

Downhill and cross-country skiers now have a place to soothe their weary bodies, with the September opening of a $10 million spa at the Woodstock Inn and Resort (14 The Green, www.woodstockinn.com, 800-448-7900). Connected to the hotel, the contemporary design features glass lamps created by Simon Pearce and wood furniture by Charles Shackleton, well-known Vermont artisans. There are signature massage treatments depending on the season, eucalyptus steam rooms, and a large outdoor hot tub and sauna, connected to the spa by a heated walkway. Ask about the “Spa Grand Opening Package,’’ starting at $278, which includes room, breakfast, and $100 voucher toward a spa treatment. Located at the western edge of the village, at the base of Mount Tom, it’s hard to miss the bright yellow home of The Woodstocker Inn (61 River St., www.woodstockervt.com, 866-662-1439, from $130). Seven of the nine rooms have king-size beds and tubs, and all include full breakfast.

With its intimate dining room that exudes rustic charm and a kitchen that serves innovative fare, The Prince and the Pauper (24 Elm St., www.princeandpauper.com, 802-457-1818, entrees $14 to a $49 prix fixe menu that includes appetizer, salad, and entree) is still king in this town. Start with the Thai mussels doused in a cucumber and lemongrass sauce, perfect for dipping that crunchy bread. Then move on to lamb wrapped in phyllo dough, or the ahi tuna grilled with a side of bok choy. If the food and wine at Osteria Pane e Salute (61 Central St., www.osteriapaneesalute.com, 802-457-4882, entrees from $15-$21) bring back fond memories of a dinner at a Tuscan villa, it’s because the owners return each year to Italy to find the finest cured meats, cheeses, pastas, and wine. Also sample one of their tasty pizzas. A former intern under Ming Tsai at Blue Ginger, Teresa Tan has brought her pan-Asian flare to Mangowood (530 Woodstock Road, www.mangowood.com, 802-457-3312, four-course prix fixe menu is $38), inside the Lincoln Inn. Entrees include black sesame salmon or a petite duck breast with a maple tamarind glaze.

Peer up at Suicide Six (247 Stage Road, South Pomfret, suicide6.com, 802-457-6661, lift tickets start at $35 for children, $40 for adults) and all you see is a wide trail falling sharply down the peak. When Bunny Bertram was looking for a place to put his ski area, he reportedly looked down this same hillside, then called Number 6, and said trying this is suicide. The name stuck. Take one of the two chairlifts to the top, however, and you’ll find a good mix of greens and blues that are hidden within the forest of pine. For cross-country skiers, The Woodstock Inn features 15 kilometers of groomed trails at its golf course, though it’s hard to top the Marsh-Billings-Rockefeller National Historic Park (54 Elm St., www.nps.gov/mabi, 802-457-3368), which has a good network of marked backcountry trails. Even if there’s no snow on the ground, come here for a walk under the old-growth forest and around the pond they call the Pogue. Across the street, stop in the Billings Farm & Museum (Route 12 & River Road, www.billingsfarm.org, 802-457-2355, adults $12, children ages 5-15 $6) to visit the Jersey cows, oxen, sheep, and take a horse-drawn sleigh ride.

Woodstock also has an intriguing mix of shops to while away a morning or afternoon. One of Vermont’s oldest general stores, FH Gillingham and Sons (16 Elm St., www.gillinghams.com, 800-344-6668) stocks Vermont syrup, jellies, beers, bird feeders, handcrafted toys, and books. Hop across the road to find Aubergine (1 Elm St., purple-eggplant.com/zc, 800-458-1340), featuring everything one might ever need in the kitchen or dining room, including top-end cookware and cutlery. Sudie’s (16 Central St., www.sudieswoodstock.com, 802-457-2525) is named after the owner, who has a good eye for the latest women’s fashion. Fossilglass (75 Central St., www.cristinasalusti.com, 802-457-9366) features sandblasted glassware with whimsical circle and striped designs. Finally, you would be remiss not to stop at Sugarbush Farm (591 Sugarbush Farm Road, www.sugarbushfarm.com, 800-281-1757), high in the hills on a backcountry road, to sample their creamy and sharp cheddar cheeses and assortment of syrups, in operation since 1945.

Live music and first-run movies can be found at the historic Woodstock Town Hall Theatre (31 The Green, www.pentanglearts.org, 802-457-3981) located on the village green. The schedule of events happening in town is written in chalk on the blackboard in front of the theater, chief venue of the Pentangle Arts Council. The building dates to 1900, when it was built as the Woodstock Opera House.

Steve Jermanok can be reached at www.activetravels.com.