Toast of the River
You might recognize this Providence watering hole from its cameo in There's Something About Mary, but Hot Club has been famous far longer than the Farrelly Brothers, thanks to its cheap brews, divey (but never dodgy) atmosphere, and full-frontal view of the Providence River. Hot Club, 575 South Water Street, Providence, 401-861-9007.

On Track to Laugh
The Providence Improv Fest has grown exponentially since it debuted in 2004 with just three Rhode Island troupes. Last year, 38 groups, including those from as far away as Los Angeles and Oxford, England, came to Providence to show off their on-the-fly acting skills. But this year, from June 25 to 28, in an effort to bring the festival back to its home-grown roots, director Mauro Hantman is limiting participation to local teams (including his own troupe, Improv Jones, and Boston-based Code Duello), which will compete for the audience-decided Best in New England title. Providence Improv Fest, venues throughout Providence, providence-improvfest.com. 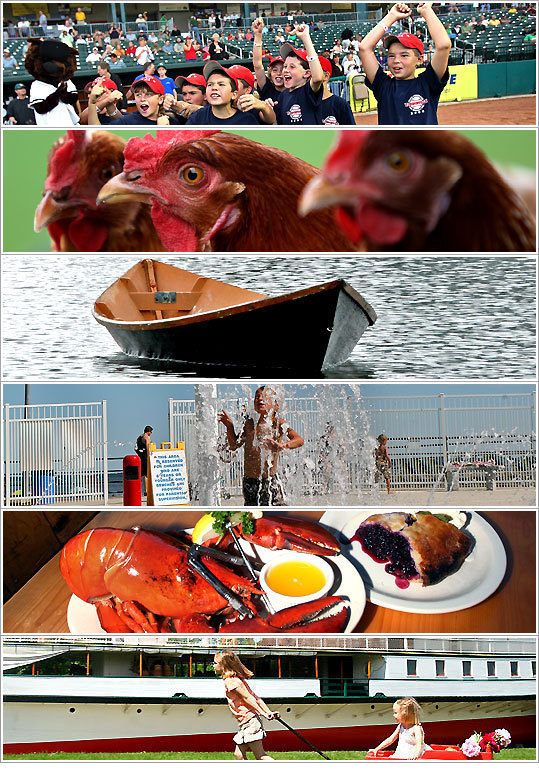