After Lo questioned mountains’ stats on vertical drop, he created own website 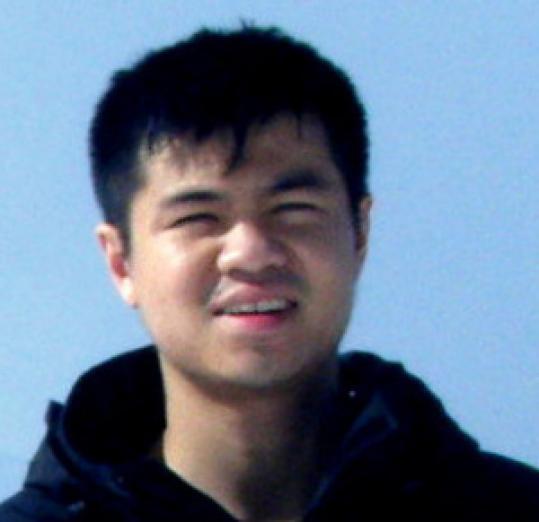 Frank Lo began transforming hobbies into entrepreneurial ventures at 15, when he launched an online journalism site. Soon after, he founded his own Web design company. Six years later, while earning a business degree from Massachusetts Institute of Technology, Lo raised $100,000 to open a specialty skateboarding store.

But it wasn’t until last March that Lo, now 26, got the idea to combine his enthusiasm for skiing and snowboarding with his knack for crunching numbers.

“I’m one of those people who will geek out on mountain stats,’’ said Lo. “I can look at trail maps for hours.’’

Lo would spend free time scrutinizing vertical drop and acreage figures — the sport’s core data that has been self-reported by resorts since the advent of skiing. Yet the more Lo looked, the more skeptical he grew that such information could convey the on-mountain experience in a way that was meaningful to the average skier.

“My normal job involves better decision making through data,’’ said Lo, a strategic analyst. He kept suspecting discrepancies in the vital statistics of mountains he skied, so Lo began researching how he could challenge those widely accepted numbers. “It was my tipping point to create a metric that might be more useful,’’ he said.

The result is MountainVertical.com, a work-in-progress website that Lo unveiled in September. Its premise is that conventional definitions such as “vertical drop’’ are too rudimentary, because simply knowing the difference in elevation between a mountain’s highest and lowest points tells you nothing about the “skiability’’ of what’s in-between.

Instead, Lo has created what he calls True-Up Vertical rankings, which limit measurements to terrain that is most commonly skied. Lo said to think of it as a skier’s perspective on mountain height, not a topographical view of mountain height.

“Vertical is one of those sexy numbers to talk about,’’ said Lo. “But nobody actually skis the entire top-to-bottom vertical of a mountain.’’

Apparently, there are plenty of snow junkies who agree — or are at least curious enough to check out his methodology. The site drew 10,000 visitors in December, Lo said, based primarily on chatter about his concept in Internet skiing forums.

“I think he’s given traction to what every serious skier has done intuitively for years,’’ said Michael Berry, president of the National Ski Areas Association. “It’s the ‘measure of satisfaction,’ if you will. He’s kind of quantified that intuitiveness and made it available to everyone.’’

The backbone of MountainVertical is based on topographical data that Lo said is either freely available or easily obtainable for a reasonable fee. His primary sources are US Geological Survey maps and satellite photography.

“A lot of resorts count their parking lot,’’ said Lo. “Is it lying? Well, it isn’t exactly representative of the mountain itself.’’

Establishing the vertical rankings is more nuanced. Lo first plots USGS base points onto a trail map. Then he uses his personal knowledge of a mountain to come up with routes comparable to how an actual skier would take runs. Lo said he has skied or boarded nearly all of the several hundred resorts rated on his site. In instances where he hasn’t, Lo relies on the advice of someone he trusts who is familiar with the mountain.

It’s a red flag to Lo if it’s physically impossible to ski from the highest to the lowest point (like at resorts with unconnected base areas), or if getting to the highest point requires hiking. These features will result in a downgraded True-Up Vertical rating that differs from the resort’s topographical drop.

Lo said by his standards, Smugglers’ Notch is an example of a resort whose published vertical drop is inflated by 500 feet because you can only ski top to bottom by accessing a solitary beginner’s trail. Sunday River, with many peaks along a diagonal ridge set in different fall lines, qualifies for a 700-foot downgrade. Lo said you would have to pole across cumbersome traverses and catwalks to make a run that encompasses the entire topographical drop.

Jay Peak is listed as a resort where the True-Up and conventional vertical drops are exactly the same. Lo said this is because the high and low points are fully connected by numerous fall-line runs.

While consumers might welcome a fresh way of interpreting stats that have been unchanged for decades, not all resort operators are pleased that Lo is publishing vertical data that is, in some cases, drastically lower than the industry-standard topography drop.

“A couple of mountains have asked us to change the numbers we report,’’ said Lo. “They haven’t made any legal threats, but I’ve had PR guys really come down on me.’’

Lo would not name specific resorts that have complained, but Tom Horrocks, the public relations manager for Killington, confirmed that he got in touch with Lo when he saw that his mountain — which has always taken great pride in its vertical terrain — was severely downgraded.

“I thought his site was cool. It got a lot of buzz when it launched. That’s why I reached out to him,’’ said Horrocks. “My only concern was that he listed us at 1,645 feet. He said you can’t ski all 3,050 vertical feet, but you actually can. It’s pretty easy to do. I’d like to take him up there and show him that it can indeed be done.’’

Lo doesn’t dispute that it can be done. He reiterated that the numerical difference exists because his rankings aspire to measure something different.

“The vertical metric should actually mean something,’’ Lo said. “Sure, you can ski it, but it’s a pain to get from the top to the bottom. You get stuck on flat spots. It’s not an intuitive way to do it.’’

Killington gets a boost, though, from Lo’s count of satellite-verified skiable acreage: The resort’s website lists 752 acres, while MountainVertical publishes it as a range of 750-1,000 acres, the largest in New England.

“I just think it comes down to providing information that’s independently reported without the agenda of trying to sell lift tickets,’’ said Lo.

Lo has had discussions with a new vacation planning company in Colorado about licensing his metrics. Beyond that, Lo envisions expanding the site into a “detailed insiders’ guide,’’ complete with a network of specialists who impart knowledge not traditionally delivered by resorts, such as tips on crowd avoidance, secret mountain spots, and objective reports on snow quality.

By embracing social media and alternate ways of conveying mountain stats, the ski industry can respond to the public’s demand for immediacy and transparency.

“There’s been a myth through the years that ski areas bend the truth,’’ said Karl Stone, marketing director for the trade group Ski NH. “When guests are making decisions, there are a lot more resources out there. With webcams, people posting on Twitter from chair lifts, and friends spreading the word on Facebook while in the lodge, it’s going to come back and bite resorts if they’re not up-front.’’

Still, it can be disconcerting to old-school skiers to see crowds of people in lift lines with heads down, eyes locked onto digital devices.

“It’s become ubiquitous. That’s the world we live in,’’ said Berry. “At some point, you have to zip that thing in your pocket and enjoy the natural splendor of the mountain.’’