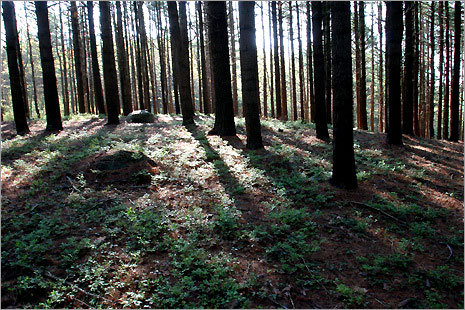 Looking to spend the night on Cape Cod for under $20 and travel less than 75 minutes away from Boston? Shawme-Crowell State Park is situated on Cape Cod right next to the Sagamore Bridge. Lesser known than its famous counterpart, Nickerson State Park, it is also smaller, less crowded and closer to Boston - even in the summer you can reach it in about an hour from the Hub.

Rte. 130, Sandwich; Camping season is from mid April through mid October. Some off-season camping is available.