Beyond the pubs, painting the town green

With parades, films, and more, there’s Irish flavor to savor in the coming weeks 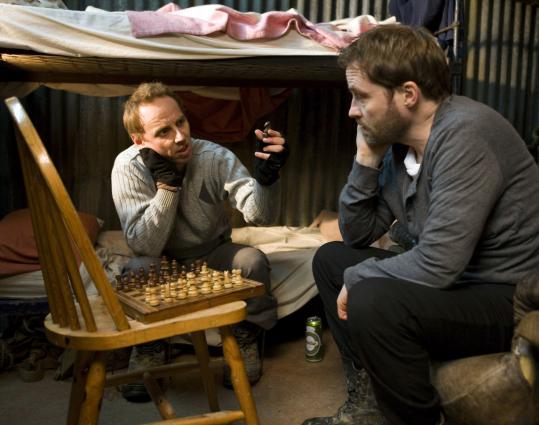 The only object as rare as an empty bar stool on St. Patrick’s Day may be a four-leaf clover. But the revelers who will pack the pubs this week will get only a wee taste of the Emerald Isle when they reach the froth-coated bottoms of their pints of Guinness.

If you want to truly partake of the flavor of Ireland, a vast range of cultural activities are on tap at theaters, universities, and community centers across New England.

“If you spend all your time in the bars, you’ll miss out on plenty of other celebrations of Irish culture,’’ says Michael Quinlin, president of the Boston Irish Tourism Association. “Plus, the Irish pubs around St. Patrick’s Day are often overcrowded.’’

Tradition on parade
One way to soak up some Irish spirit is to attend one of the region’s numerous St. Patrick’s Day parades, where the streets come alive with bagpipers, marching bands, step dancers, and floats carrying fair-skinned colleens and their courts.

With so many parades on the docket, March in New England seems to be not just a month, but a command as well. While half a million people are crowding the rooftops and sidewalks of South Boston for Sunday's parade, spectators wearing the green will be out in Worcester and Portland, Maine, to watch their cities’ processions. The streets of New Haven will be filled for what organizers tout as New England’s oldest St. Patrick’s Day parade, dating to 1842, and the largest single-day spectator event in Connecticut.

Even after St. Patrick’s Day the parades continue in Lawrence on March 21 and Manchester, N.H., on March 28. But New England’s biggest bash might be Holyoke’s March 21 parade. The procession, which according to organizers is the second-largest in the country, features more than 40 floats, some of which can be quite elaborate. One of last year’s floats sported a 7-foot-tall working waterfall.

“Holyoke’s parade is a colorful spectacle of marching bands, bagpipers, and handmade floats lovingly made by thousands of volunteers,’’ Quinlin says. “Many people consider it one of the best parades in the country because of its organization, enthusiasm, and family-friendly ambience.’’ Dan Rooney, the US ambassador to Ireland, is among the dignitaries appearing this year.

Sounds like Celtic
No celebration of Irish culture is complete without music, be it traditional or contemporary. The annual return of the Dropkick Murphys to Boston’s House of Blues has become one of the city’s most eagerly awaited homestands. This year, Boston’s favorite Irish-punk band plays seven shows on six consecutive days, culminating on St. Patrick’s Day, while Showcase Live in Foxborough hosts Celtic rock acts Black 47 on March 16 and Enter the Haggis on March 17.

If your musical tastes lean more to fiddles, flutes, and tin whistles, head to Vermont for the weeklong Burlington Irish Heritage Festival.

In addition to movies, lectures, and children’s activities, the lineup includes some of the state’s premier Celtic musicians playing traditional tunes and pub favorites. The festival concludes on March 17 with a concert by Dervish, one of Ireland’s top traditional bands, at the Flynn Center for the Performing Arts.

If you miss Dervish in Vermont, the County Sligo sextet will perform on March 20 at the Worcester Hibernian Cultural Centre. Haunting ballads and knee-slapping rhythms are familiar sounds at this popular central Massachusetts gathering spot. On the second and fourth Sundays of every month musicians from across the region come here to “jam’’ in authentic Irish seisiuns. If the tunes inspire you to kick up your feet, check out one of the center’s weekly Monday night dance lessons.

Not far from Worcester, the Blackstone River Theatre in Cumberland, R.I., is a favorite stop for Celtic folk and rock acts. The cozy venue in a former Masonic lodge offers a rich acoustical setting. In addition to toe-tapping musical performances, the theater prides itself as being an arts education center with classes and workshops for Irish step dance, fiddle and tin whistle instruction, and even Celtic relief stone carving.

The hinterlands of Maine may be an unexpected place to find a touch of the Irish, but the Skye Theatre Performing Arts Center in the hamlet of South Carthage draws many top Celtic music acts, such as The Boys of the Lough, who will perform Sunday night, and Emma Kate Tobia, who will perform on March 18. The theater’s barnlike performance center features appropriately rustic hardwood interiors and a stone hearth and stove at the back of the stage that evokes an image of Ireland. Artists also use the theater as a home base while traveling daily to perform at other “Celtic circuit’’ locations in Maine and New Hampshire.

The bustling campus of Boston College is a long way from the deep woods of Maine, but it draws some of the same musical artists as the Skye Theatre. The Gaelic Roots program, headed by fiddle master Seamus Connolly, welcomes Celtic music and dance performers to campus for free public performances, such as the one by Kimberley Fraser and Troy MacGillivray on March 18. The college’s vibrant Irish Studies program also hosts literary events, such as Bloomsday in April, which will celebrate James Joyce’s novel “Ulysses’’ with a relay reading of the epic, a dramatization of some of its scenes, workshops for newbies on how to read Joyce’s dense works, and authentic Bloomsian food, presumably including plenty of Gorgonzola cheese sandwiches.

Green on the silver screen
Cinema buffs will want to check out Boston College’s Irish Film Series, which hosts free screenings of highly acclaimed Irish documentaries and features, some of which are introduced by the filmmakers themselves. Four screenings are scheduled through the end of March, including a biopic of Irish writer Patrick MacGill starring Stephen Rea.

If you crave more brogues, brooding, and spectacular scenery on the silver screen, the 11th annual Boston Irish Film Festival returns to the Somerville Theater in Davis Square and the Brattle Theatre in Cambridge March 25-28. It includes the New England premiere of “The Yellow Bittern,’’ a documentary profiling the late Liam Clancy, the last surviving member of the singing Clancy Brothers.

The balladeer would have felt at home at the Irish Cultural Centre of New England in Canton, which will be hopping on St. Patrick’s Day with live Irish music and plenty of corned beef and cabbage. While March is particularly festive, the sprawling 46-acre campus is buzzing the rest of the year as well.

On spring and summer weekends, the center’s athletic fields are alive with nonstop games of rugby and the traditional Irish sports of hurling, Gaelic football, and camogie.

And, yes, it has a pub. After all, you won’t find all that Ireland has to offer in a pint of Guinness, but it never hurts to try.