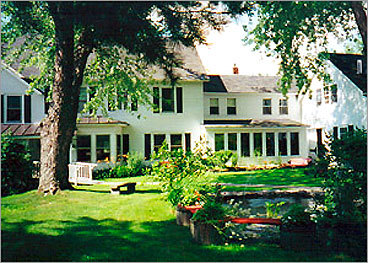 The owners of the Golden Stage Inn aren't sure who their spirit was in life, only that he bears a remarkable resemblance to Robert Redford.

Inn owner Sandy Gregg first saw him when she was sleeping in a room on the third floor. She said she woke up and saw a handsome man standing in the room wearing a wide-brimmed hat and a duster coat who looked a lot like Robert Redford. "At the time, I just thought, well that was a good dream, and went back to sleep," Gregg said.

Over the years several female guests staying on the third floor also reported seeing a man with a wide-brimmed hat, a duster, and a resemblance to Robert Redford.

Gregg said that the cowboy spirit isn't scary or destructive, but she has experienced unexplained gusts of cold air, and on occasion an item will go missing for a day or two and then reappear exactly where it was left.