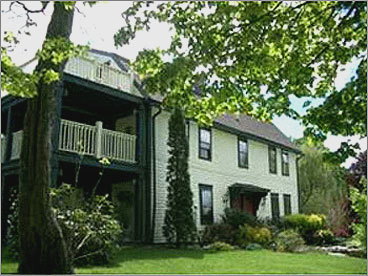 So often ghosts seem to be women. Carol Matsumoto, who runs Connecticut's Captain Grant's Inn, said one spirit in particular had become a regular guest.

''In the beginning, when the home was under renovation, she knocked on the front door. Loudly. When I opened the door, no one was there. When I closed the door, the knocking resumed. This happened frequently."

Actual sightings began in the Adelaide room a year later. ''A guest in that room swore she was not dreaming and saw a woman holding hands with two children, all in Colonial garb, at the foot of her bed."