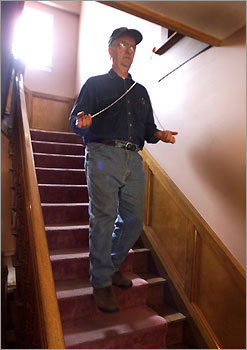 In a baffling incident, an unfamiliar couple came downstairs for breakfast. Innkeeper John Barwick had no recollection of checking them in, yet he had been the only one working the desk. Upon questioning, they explained that an older woman, her hair in a gray bun, had admitted them at 2 a.m., then showed them to the only vacant room.

Barwick was flummoxed. The inn had no such employee and none of the guests had a gray bun. Only he had known which room was vacant, and by the description, this phantom receptionist sounded exactly like the hotel's former owner — the long-dead Nettie Spencer.