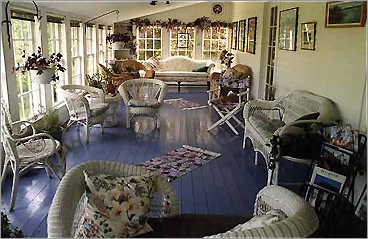 As far as inn ghost sightings go, the innkeepers are often the last to notice anything unusual. However, one former owner of the Watchtide was once hanging a picture when she was interrupted by a woman who demanded to know what she was doing, and then disappeared. Also, a vanishing couple dressed in old-fashioned clothes was reported by one guest, and an inn owner once noticed bits of colored paper mysteriously scattered all over the residence.

Watchtide’s current inn owner, Frank Kulla, said that much of the inn’s ghost lore came from its previous owner, who believed very strongly in its lingering phantoms. Kulla said he had never experienced anything out of the ordinary in the short years he has owned the inn, but acknowledged ghost enthusiasts would say that was because he wasn’t open to the experience.