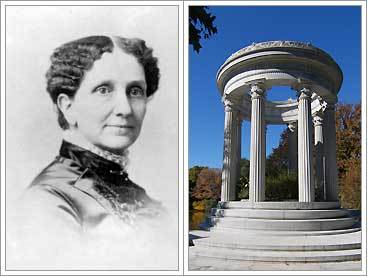 Claim to fame: Founder of the Christian Science Church

Mary Baker Eddy endured a tumultuous early life. Her first husband died less than a year into their marriage, leaving her with a son and no way to provide for her family. She suffered a series of illnesses which left her bedridden. Her family sent her son away to be raised by others. She sought meaning, comfort and cure in Christian contemplation. Eventually, she came to believe that prayer is the only true way to restore heath. By the end of her life, she was a celebrated and controversial healer, spiritual leader, and author.