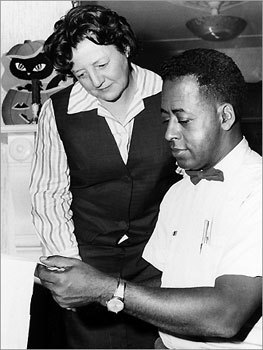 Claim to fame: Claimed to have been abducted by aliens.

Barney Hilly Jr. and his wife, Betty, made national news in the 1960s when they claimed to have been abducted by aliens in New Hampshire's White Mountains on Sept. 19, 1961. The couple alleged the extraterrestrials held them for two hours. Their story inspired several movies and books, including the recent book, "Captured! The Betty and Barney Hill UFO Experience: The True Story of the World's First Documented Alien Abduction."