10 ways to ride the rails

The Old Colony & Newport’s 80-minute, 10-mile round-trip journey creeps up the eastern shore of Narragansett Bay, where passengers can watch sailboats and barges plying the waters off one of New England’s grandest harbors. The train also passes through the Newport Naval Base, where the mothballed aircraft carriers Forrestal and Saratoga are on display. The all-volunteer operation began in 1979. ‘‘It was an interest that went wild,’’ says executive director Donald Elbert Jr. ‘‘People really enjoy the antique railroad cars. They’re over 100 years old and in constant restoration and maintenance.’’ 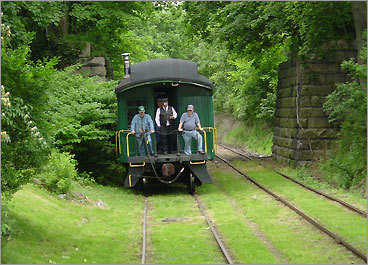