THIS STORY HAS BEEN FORMATTED FOR EASY PRINTING
2011 Makeover issue 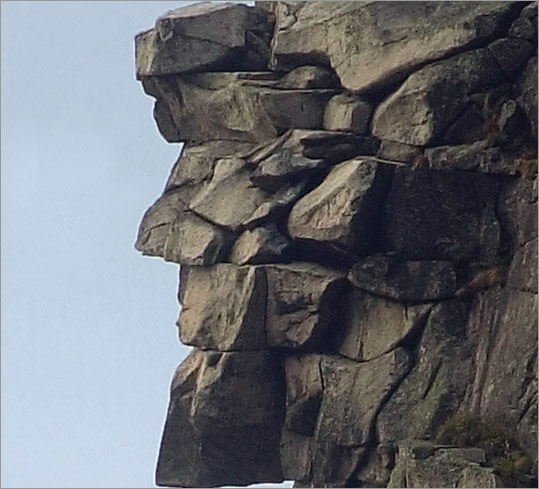 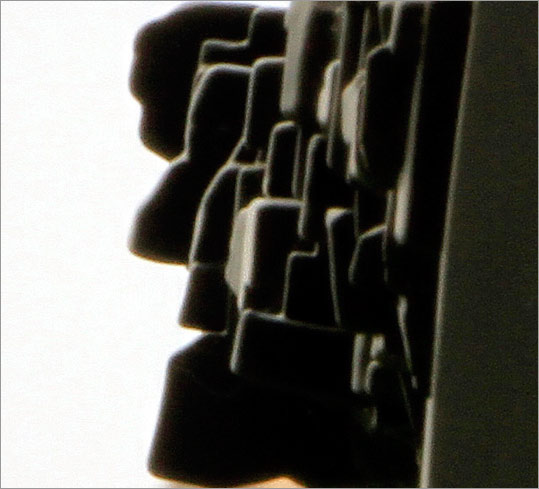 “The inhabitants of this valley, in short, were numerous, and of many modes of life. But all of them, grown people and children, had a kind of familiarity with the Great Stone Face . . .”
– Nathaniel Hawthorne, “The Great Stone Face”

ALMOST EVERY NIGHT for 35 years, when he was driving from his office at the White Mountains Attractions Association in North Woodstock, New Hampshire, back to his house in Littleton, Dick Hamilton would wait until the precise moment when he came around that particular curve in the road right where it bends into Franconia Notch, right where it slides lazily past the still surface of Profile Lake, and then he’d look up at the craggy visage jutting out from the very top of the most famous White Mountain of them all.

“I got a call at eight o’clock that morning from my assistant, who’d pulled into the parking lot that used to be across the street,” Hamilton recalls. “I made the 9-mile trip in about seven minutes. I just didn’t believe it.”

It was probably formed when the last glacier receded, some time before the sixth millennium B.C. It lodged itself into the legends of the Native American tribes for thousands of years. In 1805, two surveyors, Francis Whitcomb and Luke Brooks, came upon it and decided that it looked like Thomas Jefferson, who was president at the time. (It didn’t. If anyone, it favored Lincoln, but he wouldn’t be born for another four years.) It was a minister from Massachusetts named Guy Roberts who first noticed that the Old Man was deteriorating, and that kicked off a century-long effort to keep him where he was. They secured his forehead with turnbuckles. They applied epoxy to the cracks. Often, they swung perilously out over the cliff face to do this work. For years, a highway official named Niels Nielsen was the image’s official caretaker. When he died, his son, David, took over, and one of David’s first acts was to put his father’s ashes in the Old Man’s left eye.

It was the Adam’s apple that gave way first. The Old Man was composed of five distinct granite ledges, one atop the other, and up to 50 rocks. The porous Conway granite that made up the Old Man allowed water into itself, eroding the structure from within and freezing in the winter, putting even more stress on the image’s fragile geology. It was far too dangerous to go under the Old Man’s throat to reinforce what was clearly the center of gravity for the whole structure. When the Adam’s apple finally fell, it took the face down with it in two tremendous crashes.

Now, though, through Dick Hamilton’s Old Man of the Mountain Legacy Fund, and through the work of a sculptor and an inventor of toys from Essex, Massachusetts, the now blank side of the mountain is getting a slow-motion face lift of sorts. The Old Man is being put back up there, at least as a visual image, if not in actual fact.

“That little cross there,” Hamilton says, pointing to a small wooden emblem stuck into the ground by the side of the lake, “is from a couple that got married up there, and every year on their anniversary, they’d hike back up there.” The Old Man was always more symbol than he was stone. The stone is gone. The rest is something that can be recovered.

SHELLY BRADBURY works in a sculptor’s studio in Ipswich. One day in 2005, she was looking on the Internet for project contests and came upon the Legacy Fund’s request for proposals. She and her partner, toy designer Ron Magers, had been in Vermont picking up plaster for models, and they decided to make a detour to Franconia Notch on the way home. They arrived in a howling blizzard. Brainstorming in the car, Bradbury and Magers came up with the core ideas for their proposal. “We just basically redesigned the whole park,” Bradbury says.

The only real restriction the organizers put on the project was that nothing could be placed on the side of the mountain itself; the granite was too unstable for that. So Magers and Bradbury determined that they would re-create the symbol that was the Old Man. Magers’s idea was a series of “profilers,” long metal staffs that look like inverted hockey sticks. On what would be the blade of the hockey sticks, Magers placed small bumps and ridges. When someone stood at exactly the right distance from any of the seven profilers and looked up at the face of the mountain, their bumps and ridges would coalesce to form the image of the face, right where it used to be. While Magers explained the profilers, Bradbury’s grander vision came into focus in her mind.

“When he was talking, mine was happening,” she says. “I just wanted something large. I felt like it should be granite.” Bradbury’s design called for five huge vertical slabs, each of them representing a portion of the vanished original. Lined up along a walkway that began between two leaning granite spires, the slabs would be aligned so that people stopping at the observation platform at the head of the pathway would see a stone replica of the Old Man looming up before them. “I just kept seeing monoliths,” Bradbury explains.

Magers’s profilers are already in place, lined up in an arc in a small plaza at the edge of Profile Lake. The Legacy Fund raised the roughly $300,000 cost of the plaza from private donations. Bradbury’s portion of the project is significantly more expensive – estimates put the price of erecting her monuments at $3 million – and infinitely more complicated. (There was even a brief chauvinistic kerfuffle over the original plan to get the granite from Vermont. Now the slabs will come from Concord, New Hampshire.) The logistics of quarrying, refining, and transporting the 87- to 120-ton monoliths are almost as daunting as the cost. “There are so many people on the team,” Bradbury says. “People dealing with wetland issues, dealing with the state highway departments, getting permits . . . for trucking the stones. We’re going to have to build a whole new road at the site. There are so many permitting issues. I sculpt, you know? This is so large that it has to be a longer process.”

But people have started to come and look at the mountain anew through Ron Magers’s profilers. Dick Hamilton walks around the little plaza on the shores of the lake and explains what’s going on at the park, how the symbol is rising again where the rocks crumbled and fell. “It could take three years. It could take 10,” he says. Patience and time are as central to memory as they are to geology. Not everything in this place, after all, is ever set in stone.

Charles P. Pierce is a Globe Magazine staff writer. E-mail him at cpierce@globe.com.