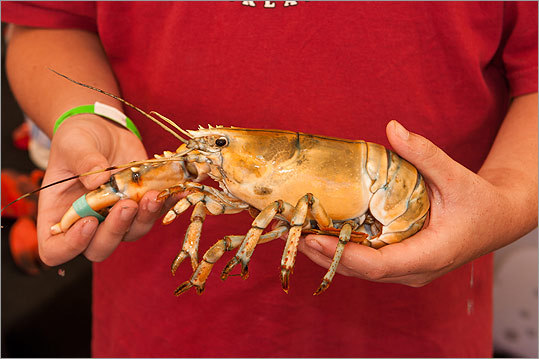 I count myself lucky that it has been years since I rose before dawn to scoop salted alewives into bait bags and hauled lines hand over hand, all in the slim hope that a trap full of lobsters waited at the other end. And even when it did, those lobsters did not come out of the water with bands on their claws, as the scars on my fingers attest. Lobster fishing is smelly, unglamorous, hard work, and my hat is off to everyone who continues to ply the trade.

Yet my strongest childhood memories of the Maine coast revolve around people I met at the docks – the “Captain,” who taught me the concertina tune to “Spanish Fandango” that he had learned in the merchant marine; the scallop boat skipper for whom I sometimes crewed, who set his dragger on a seaward course one night and never came back; and “Henry,” who slept every night under the dry dock with kittens inside his shirt for warmth. I am forever indebted to the old-timers who kindly showed a kid how to turn cotton twine into a bait bag, string a head on a parlor trap, or sieve for bait during the spring herring runs. I do not miss the nasty, solitary side of fishing, but I do miss that coastal way of life.

So I often spend part of the first weekend in August at the Maine Lobster Festival. I grew up in Belfast, where my family’s lobster boat, the Marie P., was anchored in the waters below the Bayview Street cliff, but Rockland has staked its claim as the state lobster capital by running the festival since the late 1940s. Often marketed as a tourist event, the lobster festival is more a family gathering.

The whole shebang has expanded from my childhood, when the fisheries information tent was the only other “attraction” apart from the fire pits where the lobster, clams, and ears of corn were steamed. But a party atmosphere always prevails, whether in the pulchritude of the Sea Goddess pageant, the farcical arrival at the harbor of King Neptune and his Court, or the gloriously homemade quality of the floats in the Big Parade. Modern additions like the codfish carry for tykes or the lobster-crate race (contestants run across floating lobster storage crates until they fall into the water) seem very much in the spirit of things that lobsterfolk might do when they assemble with enough beer.

The grub isn’t bad, either. I am grateful to those fishermen who hauled the traps to bring 20,000 pounds of sweet-tasting (if ill-tempered) crustaceans to shore. I’m glad to stand in line and wait my turn. After all, I got to sleep in that morning.