Belief in their buried recalls an era marked by pirates 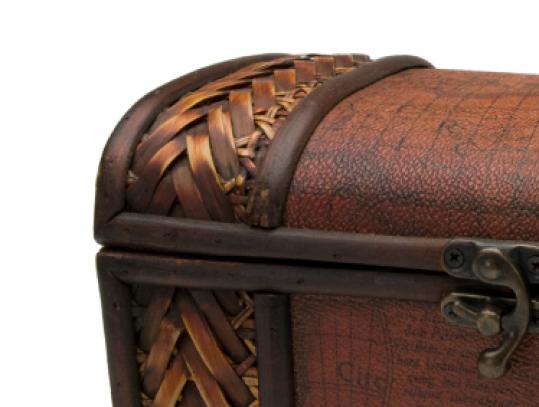 By Christopher Klein Globe Correspondent / May 22, 2011

Captain Jack Sparrow swashbuckles back onto silver screens this weekend in the latest “Pirates of the Caribbean’’ movie. While warm Caribbean climes are naturally thought of as pirate territory, it’s often forgotten that bygone buccaneers, like many vacationers today, summered in New England hideaways. And where pirates once lurked, tales of buried treasure endure.

“Buccaneers started to appear off New England as early as the 1540s, and through 1720 New England was very closely associated with piracy,’’ says Stephen O’Neill, who teaches a course on the history of piracy at Suffolk University. According to O’Neill, about 20 percent of the buccaneers in the “Golden Age of Piracy’’ at the turn of the 18th century were New Englanders.

Far from being universally feared, O’Neill says pirates were at one time welcomed with open arms in cities such as Boston and Newport. “The Colonies were fairly poor, and pirates were the only people who had hard cash,’’ he says.

And legends have grown that notorious sea bandits such as Blackbeard and Captain William Kidd stashed some of that hard cash among the island-studded harbors and secluded coves of New England’s jagged coastline. While there is little historical evidence that chests overflowing with jewels, gold bars, and pieces of eight are underfoot, that hasn’t stopped centuries of New Englanders from tilling soil and sand in search of interred fortunes.

To see the remnants of one of New England’s most bizarre pirate treasure hunts, I head to the Lynn Woods Reservation and Dungeon Rock, a geological formation that bears a striking resemblance to a human skull worthy of a Jolly Roger. It made an apt hideout for pirate Thomas Veal — that is, until 1658, when he was supposedly entombed inside one of the rock’s caves along with his ill-gotten goods in an earthquake.

In the early 1850s Hiram Marble and his son Edwin began a quixotic quest for Veal’s lost plunder. The two spiritualists believed they could communicate with the dead, and the Marbles claimed Veal’s spirit would direct them to the treasure and prove the truth of spiritualism. The men spent nearly 30 years blasting and chiseling a 175-foot-long tunnel through solid rock at a rate of 1 foot per month.

Ranger Dan Small leads me through the rusted iron door at the tunnel entrance, and, flashlights at hand, we descend a staircase into the darkness. We carefully traverse the slippery rock floor of the surprisingly spacious tunnel. The passageway zigs and zags abruptly, apparently at Veal’s direction during séances with the Marbles. Finally we get to the end of the circuitous passage. “There’s a lifetime of nothing,’’ Small says, beating me to the punch. No treasure. No yo-ho-ho. Not even a bottle of rum.

Then again, maybe it just means that Veal’s riches are still to be discovered. That’s the thing about buried treasure. Rather than disproving the tales, the lack of discoveries can enhance the legends among those who believe the plunder must be out there somewhere.

It’s that romantic notion that continues to propel the search for Captain Kidd’s buried treasure. Kidd sailed along the New England coast in 1699, aware that he was a wanted man. Before being apprehended and imprisoned in Boston (and subsequently tried and executed in London), he visited several ports of call, including New York’s Gardiners Island, where he buried some of his loot (later recovered by the authorities), giving rise to countless legends. “In order to get himself off, Kidd kept exaggerating the amount of treasure he had taken,’’ O’Neill says, “and people always kept thinking there was treasure somewhere.’’

Dozens of islands from Maine to Connecticut reportedly hold Kidd’s treasure, including Charles Island in Milford, Conn. At low tide, a gravelly sandbar emerges like a causeway to the 14-acre island, which is part of Silver Sands State Park. If you journey across the sandbar, be careful not to be stranded by the tides. The island’s interior is off-limits from May to August to protect heron and egret rookeries, but there’s still plenty of swimming and fishing to enjoy at Silver Sands, and a new boardwalk is opening this year.

Farther up the coast, Kidd is said to have dropped anchor in Jamestown, R.I., to visit his friend Captain Thomas Paine. The close relationship between the two men led to speculation that Kidd asked Paine to hide some valuables, perhaps at his house, which still stands as a private residence. Pirate’s Cove, near Fort Wetherill State Park, is another reputed hiding place in town.

Sue Maden of the Jamestown Historical Society says the organization is frequently asked about Kidd’s connection to the town. “Kidd did know Paine, who had a house in Jamestown, and Kidd was said to have visited Paine here,’’ she says, but evidence of buried treasure has never been found.

Strange as it may seem, even locations deep in New England’s interior have been posited as possible sites of Kidd’s loot, including Clarke’s Island in Northfield. Legend has it that Kidd buried chests of gold on this island, now privately owned and sometimes referred to as “Kidd’s Island,’’ more than 100 miles from the sea.

Matthew McGurn, 46, of Pittsfield, a modern-day hunter of Kidd’s treasure, believes that the pirate not only hid a chest along the Connecticut River, but also one along the Housatonic River.

When it comes to the genesis of McGurn’s pursuit of Kidd’s riches, X indeed marked the spot. “I first started hunting treasure about 10 years ago,’’ he says. “I dug up a good sized stone with a deeply cut X in it, and below it I found a very old rusty padlock.’’ McGurn discovered the rock was a marker stone left near rivers by pirates. Guided by similarly carved stones near his initial find, McGurn believes he has discovered one of Kidd’s empty chests in the riverbank of the Housatonic and the missing cache of artifacts latched together by heavy chains inside a flooded cave. He hopes to recover the find with a camera crew this summer.

A whole cluster of reputed treasure islands can be found among the rugged Isles of Shoals off the coastlines of New Hampshire and Maine. So many stories of buried treasure are connected with these islands that they might as well have been nautical safe deposit boxes. Blackbeard reportedly buried loot on Lunging and Smuttynose islands. Unlucky for his 13th wife, he left her behind as well, and her ghost is said to haunt the islands. Star, Appledore, and Smuttynose islands are supposedly the hiding spots of the hoard of Captain John Quelch, and Sandy Gordon, an alleged associate of Blackbeard, is said to have buried valuables on Star Island.

Down East, a legend holds that in 1716 the crew of “Black Sam’’ Bellamy built an elaborate earthen fortification, including a vast underground treasure vault, along the Machias River near the bridge carrying Route 1A. Lost Treasure magazine reported that Bellamy’s pirates buried gold, silver, and jewels, possibly worth millions, at the site northwest of Machias. But Colin Woodard, author of the 2007 book “The Republic of Pirates: Being the True and Surprising Story of the Caribbean Pirates and the Man Who Brought Them Down,’’ says, “Bellamy had no opportunity to bury treasure in New England prior to the wreck of the Whydah on Cape Cod.’’

With Bellamy in command, the Whydah ran aground in an April 1717 nor’easter. A team led by underwater explorer Barry Clifford found the sunken wreck in 1984. The salvaged artifacts are on display in the Expedition Whydah Sea Lab and Learning Center museum in Provincetown, guaranteeing that there’s at least one place in New England where you can discover pirate treasure.