10 pies worth every mile 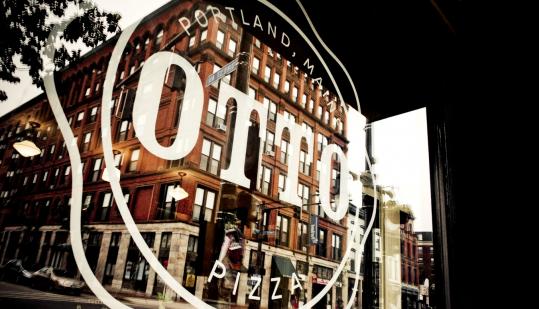 If you think Bostonians are the only people loyal to their beloved pizzerias, you’ve got to do some border-crossing. Start with New Haven, where residents vehemently defend their favorite locale, often generation after generation. Then move on to the other states, where pizza wars can be more contentious than finding the best lobster roll. We offer these 10 picks simply as a starting point.

The thin, slightly charred crust on Frank Pepe’s pizzas is so incredibly tasty that my children, Regina Pizzeria regulars, plead with me to get off the highway every time we pass New Haven. It was Pepe who started the “apizza’’ craze here when his Neapolitan dialect couldn’t get around the word “pizza.’’ In 1925, he installed his first coal-powered oven and the rest, as they say, is magic. If you think Lawrence “Chubby’’ Woodman transformed the clam-eating industry by dropping a clam into a frying vat, try one bite of Pepe’s white clam pizza. The tender morsels are dripping with clam juice, with the perfect mix of salty sea, grated Parmesan cheese, olive oil, and oregano. Or choose my kids’ favorite, the original tomato pie topped with mozzarella, garlic, and basil. That’s apizza! 157 Wooster St., www.pepespizzeria.com

The nerve of Salvatore Consiglio, nephew of Frank Pepe, leaving the family business to start his own apizzeria in 1938. And in the same Wooster Square neighborhood, no less. When he died in 1989, more than 2,500 people came to his wake and funeral, including Connecticut senators and many devoted Yale University graduates. Doonesbury creator Garry Trudeau sketched Sally’s restaurant in his early strips when he was a student at Yale, probably as a way of killing time while waiting in line. Lines are practically a guarantee, but don’t let your impatient friends sway you into going elsewhere. For a thin crust tomato pie, also cooked in a coal-powered oven, this is about as close to perfection as it gets, especially in summer when the tomatoes are fresh and the juices commingle happily with the oily crust. I don’t live in New Haven so thankfully I don’t have to take sides between Pepe’s and Sally’s. I love them both. Open only for dinner, 237 Wooster St., www.sallysapizza.com

Opened in 1934, Modern has the same lengthy history as Frank Pepe’s and Sally’s, but since it’s not on Wooster Street, it never gets the same out-of-town crowds. Head inside where you have views of the historic brick oven and get ready to dive into another splendid pie. Like Pepe’s, Modern does the white clam pizza right. If you want to spice it up, go with a clams casino, adding bacon and peppers. Modern’s smooth, thin crust has more strength than Pepe’s or Sally’s, so this is a good place to top off your pie with meats. My personal favorite: bacon, onion, and hot cherry peppers. 874 State St., www.modernapizza.com JULIAN’S Brick Oven Pizzeria Westport, Conn.

I know it’s a sacrilege, writing about a pizzeria outside of New Haven, one that opened just last year. But this newcomer to the scene already has the pizzarati clamoring for its thin crust, brick oven flavor, fresh mozzarella, and just the right touch of spice. Sample the grated pizza first, made with pecorino Romano, whose salty flavor blends well with the sweet tomato sauce. Or choose another winner, the shrimp and spinach combo. You can’t go wrong with either. 539 Riverside Ave.

Near Old Sturbridge Village, Enrico’s is a favorite with families, who come for the brick oven pizzas, spicy wings, and good selection of salads. Specialty pies include the scampi, a thin-crust white pizza topped with grated Parmesan, grilled shrimp, roasted garlic, and mushrooms. For meat lovers, there’s the panciuto, a more traditional tomato and mozzarella sauce coated with sausage and pepperoni. The pizzas are served on top of old tomato sauce cans, a nice touch. 500 Main St., www.enricos brickovenpizza.com

Let’s hear it for the slice shop, the old time pizzeria where you can duck in for lunch, dinner, or in the wee hours of the morning, order a slice, mosey over to the counter, and wolf it down. They seemed to be going the way of the typewriter and video stores until Otto opened last year and instantly won adulation from ravenous Mainers. Walk into the small shop, not far from the Portland Museum of Art, and grab whatever pie just came out of the oven. It’s all good, from the crunchy crust on the oversized slice, to the blend of mozzarella, Romano, asiago, and fontina cheeses, to the unique combinations of toppings like the yummy bacon, scallion, and mashed potato pie. The white bean, roasted tomato, herb, and red flake pie is another winner that will have you venturing to this small space more often than your personal trainer would like. C’mon, it’s only one slice. 576 Congress St., http://ottoportland.com

On Federal Hill, several blocks from Atwells Avenue, Caserta has been serving Providence’s preferred pies for over 50 years. Judging from the line that always snakes around the tables on the black-and-white tile floor, they should hit the century mark in stride. The crust is so good at Caserta, a chewy mix of dough and tomato sauce, that cheese is optional. Give the plain pie a chance, heaped with mushrooms and onions, and you’ll realize that cheese isn’t necessary to savor this tasty treat. In fact, Caserta is so cherished that you’ll find many people in line asking for them not to cut the pie so that they can freeze it and save it for another day. Also sample the “Pig in the Blanket,’’ sausage doused in tomato sauce and rolled in dough that would be a huge hit at Fenway Park. 121 Spruce St., www.casertapizzeria.com

In 1980, Johanne Killeen and George Germon, owners of Al Forno restaurant, placed a sheet of raw pizza dough onto the searing grates of their charcoal grill. Little did they know they would create a grilled pizza phenomenon that lasts to this day. Order one of the grilled pizza appetizers. The thin dough, charred from the grates, tastes like Indian naan bread. Yet, when paired with extra virgin olive oil, pomodoro tomatoes, a thin layer of cheese, fresh herbs, and toppings like roasted eggplant and corn, you have a one-of-a-kind pizza that will whet the appetite for another exceptional meal at this renowned restaurant. 577 South Main St., www.alforno.com

Every Friday night, you can follow the stream of cars that make their way some 13 miles south of Burlington to the farming community of Charlotte. They come to a small cottage on a farm, surrounded by rolling hills, to order the pies that come piping hot out of the 800-degree wood-fired oven. Pizza on Earth is an apt name for a pizzeria that takes full advantage of its setting, using ripe vegetables that were plucked that day from the neighboring farms. So if its eggplant season, expect roasted eggplant smothered on the thin-crust pizza. When it’s time to gather the zucchinis, Pizza on Earth creates a curried zucchini pizza topped with feta cheese. This is agrarian pizza at its best, especially when you venture here in summer and early fall during the height of the harvest. 1510 Hinesburg Road, www.pizzaonearth.com

Started in Amesbury in 1998, the Flatbread Company now owns 10 pizzerias from Maui to Whistler to Somerville. Yet, it’s this one that has the Granite State all abuzz. Maybe it’s the Zen-like ambience with all those Tibetan designs and the massive wood-fired clay oven plopped down in the center of the room. But I happen to think it’s the Coevolution, topped with roasted red peppers, red onions, olives, goat cheese, garlic, and mozzarella. Much of the produce is from local organic farms — and you can taste the difference. 2760 White Mountain Highway, www.flatbreadcompany.com

Steve Jermanok, who often can be found downing a slice at his favorite local haunt, Nick’s Pizza in Newton, can be reached at www.ActiveTravels.com.