Where they went: Liverpool 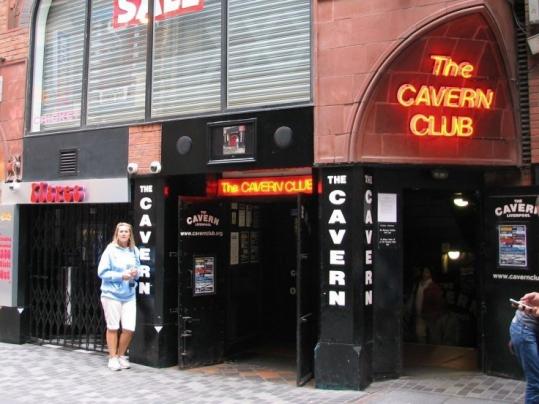 Joanne Miksis in front of The Cavern Club in Liverpool, where the Beatles played hundreds of times.
By Diane Daniel Globe Correspondent / March 20, 2011

WHEN: One day in August

WHY: “We were in London for a week and Liverpool is only two hours away. My husband is a big rock fan and he suggested we go see Beatles sights,’’ Joanne Miksis said. “It turned out to be the best day of all.’’

DAY TRIPPER: Miksis booked tickets months in advance for the National Trust Beatles Tour of John Lennon and Paul McCartney’s childhood homes, limited to two dozen people a day. “It was a real honor to get tickets.’’ She also booked a van tour with guide Phil Hughes, made famous by travel guru Rick Steves.

LIKE YESTERDAY: “Both John and Paul’s homes have caretakers who tell all these little stories and make things come to life. John’s house, which Yoko [Ono] bought and donated, was more upscale. He lived with his aunt there from [age] 5 to 19. We could walk all through it. It was decorated with period furniture, not his things, but there were stained glass windows and then a photo of him at 5 standing in front of the exact windows. At Paul’s house, they used to write songs in the parlor and there were photos of them practicing on the walls of that very same room. Even the kids were excited about it, and it’s hard to please teenagers.’’

TICKET TO RIDE: “After lunch we met Phil, who was a wonderful British man with lots of Liverpool information, Beatles and otherwise. His van holds eight but we were the only ones, so we got a private five-hour tour. It was wonderful. The whole time he had Beatles tunes playing, and he’d change songs to go with different stops.’’

LYRICAL SITES: “We went to all these places in the songs. Strawberry Field is really an area behind John’s house. Penny Lane is the road Paul used to take to school, and Phil pointed out things in the song, like the roundabout, barbershop, bank, the firehouse.’’

HELLO, GOODBYE: “We drove by Ringo and George’s homes, which were very poor compared with the other two, and went by the church where John and Paul met as teenagers. The tour ended at The Cavern Club, where the Beatles played hundreds of times. My husband, who plays drums, had to get a drumstick with ‘The Cavern’ written on it. It wasn’t really a place for kids, so we didn’t stay long. I have to admit I wasn’t a big fan of Beatles before, but now I’ve been listening a lot more.’’