Getaways before the kids

Before the stork arrives, oh, the places you can go for a babymoon to treasure 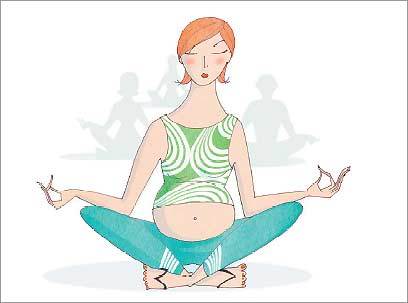 When we asked our obstetrician about them, he gave us a polite, perplexed look that only deepened as we rambled on. Finally, he said, "What, exactly, is a babymoon?"

It's one last vacation for expectant parents before the baby arrives, we explained to his relief. He thought a babymoon had something to do with a child's astrological sign. Reassured, he confirmed that it's generally safe for pregnant women to travel during the second trimester, as long as they take sensible precautions.

Ashley King, founder of babymoonfinder.com, dates the term to a few 2001 magazine articles. You could call Jacqueline and Frank Blesso babymoon pioneers, even though the word had yet to be coined when they went to the Bahamas nearly 40 years ago, before the birth of their son Francis.

In 1969, the Blessos decided they wanted what Jacqueline calls "one last fling" before their first child arrived. They'd been to Jamaica for their honeymoon, but wanted a destination a little nearer to their New Jersey home, so they spent a week in the Bahamian town of Freeport.

"We just wanted someplace warm to relax and take it easy," Frank says.

"Nobody did that in those days. I think we were trendsetters," Jacqueline adds. "We wanted . . . somewhere you can relax and enjoy each other . . . before you're faced with a new set of responsibilities."

Today the idea is big business, with hotels and resorts worldwide offering babymoon packages ranging from the uber-luxurious - a five-night stay at Cayo Espanto, a private island resort off the coast of Belize, including three meals each day prepared by your personal houseman - to the more quotidian pleasures of the pedicure and facial for the mom-to-be.

According to a recent survey by the Liberty Travel agency and babycenter.com, a website for new and expecting parents, nearly 60 percent of parents-to-be take an overnight trip before the baby arrives, adding up to more than 2 million babymoons in the United States each year.

"Anecdotally, from knowing 25 pregnant women in one year, almost every single one of them took a babymoon. What we're seeing is that the all-inclusive trend is very big," says Mary Jo Lipman, a spokeswoman for the travel website Orbitz.com. Lipman cites Cancún, the Caribbean, and the Dominican Republic as popular babymoon destinations.

"What's interesting in this whole all-inclusive trend is that it's really creating this experience where you don't have to leave [the hotel or resort] because there's so much - or so little - to do," says Lipman.

Lipman's colleague Jim Cohn says he and his wife took a four-day drive to Savannah, Ga., before the birth of their first child five years ago.

"One of the reasons we went was we had so many friends who kind of warned us, 'What you should do [before the baby's born] is go to a movie every weekend.' We were almost scared. We thought that was kind of our last hurrah. . . . We have very, very fond memories of our babymoon," Cohn says, adding that he and his wife celebrated their 10th anniversary in March with their first getaway without the kids since their babymoon.

Ilonka Molijn, co-founder of the website baby-moon.eu, says a survey conducted by her site shows that three-quarters of people who search for babymoons online are seeking a package deal.

"What we see a lot are [search] terms like 'relaxing,' sometimes 'beach spa packages,' " she says. "The food is very important, a lot of fresh foods - enough for one-and-a-half people - and a peaceful, secluded room without a lot of noise. Also, things like having ice cream at 3 a.m."

Another popular aspect of the babymoon is the availability of separate activities for the prospective parents, such as a round of golf for the husband while the wife is at the spa, Molijn says.

Dr. Jeffrey E. Katz, who has been delivering babies at Brigham & Women's Hospital since 1982, says long flights or drives during pregnancy are usually safe, as long as couples take a healthy dose of common sense.

That means avoiding travel early in the pregnancy, when the risk of miscarriage is higher, and later, when premature labor, bleeding, or generalized aches and pains are more likely. In practical terms, Katz says, that leaves out the first and last 10 weeks of pregnancy. Some airlines have restrictions on travel for later-stage pregnancies as well.

And, unfortunately for moms-to-be, "no hot tubs if it would raise your body temperature above 100 degrees," Katz says. Swimming in pools, lakes, and the sea are all fine.

Sean and Erica Parrell of Marshfield decided a trip to Nantucket was in order before their first child comes along late next month. The couple went to the island's Roberts House Inn for a weekend in February.

"We wanted to go away someplace romantic and quaint, but not have to deal with the hassle of long travel," Sean says. "Erica wanted some spa time and we also wanted to shop for things for the baby's nursery."

For Erica, a fifth-grade teacher, the most memorable part of the trip was the massage Sean arranged. "Erica's reaction after she came out of the massage therapist - it was a level of relaxation I hadn't seen from her in a while. I felt like I had achieved proper babymoon service," Sean says.

Expectant parents ourselves (late next month), we spent a March weekend at the Captain Lord Mansion in Kennebunkport, Maine. Built during the War of 1812, the 20,000-square-foot Federal mansion is listed on the National Register of Historic Places.

The bed-and-breakfast offers a babymoon package, including a facial and foot massage for the mother-to-be at the inn's day spa, and such goodies as complimentary nonalcoholic sparkling cider, chocolates, and a little ceramic keepsake box for baby's first teeth.

Our room, the Americana, was fairly luxurious, with a king-size, four-poster bed, gas fireplace, cedar-lined closet, and a mini-fridge stocked with complimentary water and juices.

All of that was nice, but it was the appointments in the bathroom that tipped the scales toward luxury, including the enormous "slipper foot" air-jet tub and the heated marble floor.

The room had no television, which was fine with us, and more than made up for by the baby name books we brought along (Giacomo, Ezekial, and Buster were proposed and summarily taken off the table).

The lone down note was the tiny shower, wedged into a corner at the opposite side of the room from the bathroom.

Though it was the off-season, many of the town's shops were open. We spent some time in Next Generation browsing for baby clothes, and Brad was able to cross important items off his "father-to-be" list at The General's Cigar.

The weekend afforded the perfect mix of activities and relaxation, giving us the chance to enjoy each other's company with no interruptions.

As Erica Parrell puts it, "The thing I'll remember 20 years from now is how much fun I have traveling with Sean. . . . I don't think the next few years will be full of those kind of getaway bonding moments."

Jennifer Wood and Brad Perriello can be reached at woodiello@gmail.com.

Babymoon packages range from the all-out luxurious to those that are easier on the wallet. For inspiration visit these websites: baby-moon.eu, babymoonfinder.com, bnbfinder.com/babymoon, babymoonguide.com, babymoonblog.com.

W Hotels New York and other locations
877-782-0027 welcometowhotels.com/babyme
For $328, the Baby Me Package includes a diaper bag, two items from the "Womb Service" menu, "The Modern Girl's Guide to Motherhood," a one-year subscription to Cookie magazine, and a 6-month membership to a support group at modernmom.com.

Cayo Espanto Belize
888-666-4282
aprivateisland.com
From $6,500. Amid a maximum number of 16 guests, parents-to-be can be assured solitude on this private island off the coast of Belize. Package includes five-night stay in a luxury bungalow with a personal houseman, three cooked-to-order meals a day, massages for both mom- and dad-to-be, and a picnic.

Renaissance Chancery Court London
011-44-207-829-9888 marriott.com From about $740, Friday, Saturday, and Sunday nights only. Includes one night in a deluxe room, a trip to the VIP Couple Suite at the on-site spa for a Musical Energy Balance treatment, cupcakes and other treats, and a midnight munchies bag.

The Westin Kierland Resort and Spa Scottsdale, Ariz.
800-354-5892
kierlandresort.com
From $554, $179 each additional night to include breakfast only, May 23-Sept. 19). Bundle of Joy package includes one night accommodations, a couples massage on-site, and a tote bag, complete with a teddy bear and Mama Mio lotions for the mother-to-be.

Village Inn of Woodstock Woodstock, Vt.
800-722-4571 villageinnofwoodstock.com
From $230 per night with a two-night minimum, plus $370 for the Babymoon Over Vermont package. Includes two nights' accommodations with daily breakfast, Bear-Foot & Pregnant Vermont Teddy Bear, in-room massages for parents-to-be, and a $100 gift certificate to Simon Pearce.

Cape Codder Resort & Spa Hyannis
888-297-2200
capecodderresort.com
Rates from $834 weekdays, $924 weekends through Memorial Day weekend, includes spa services and gratuities. Count down to your baby with a two-night stay, including facials for the parents-to-be, a couples massage, and a pedicure for mom-to-be on-site.

Inn at Ellis River Jackson, N.H.
800-233-8309
innatellisriver.com
Rates from $129, package is an additional $149). A babymoon in all but name, this package includes non-alcoholic sparkling cider, fruit and chocolates (pickles and ice cream can be substituted upon request), a prenatal massage, a rubber duckie, and dinner for two at a select local restaurant or a gourmet picnic packed in a cooler bag.

The Chanler at Cliff Walk Newport, R.I.
866-793-5664
thechanler.com
Rates from $900, reservations required. Need a car and driver for your babymoon? Baby Love at The Chanler at Cliff Walk offers car service for a shopping excursion to nearby upscale infant clothing and accessory shops, a personalized "diaper cake," a baby-themed matinee (think "She's Having a Baby") complete with homemade truffle popcorn, and a three-course dinner at Newport's Spiced Pear restaurant. Turndown service includes pickles and your favorite ice cream.