A heapin' helping of live music 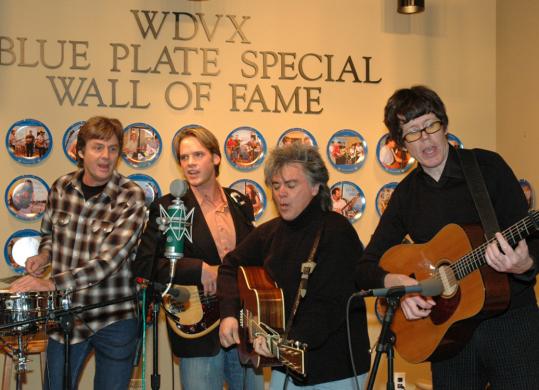 KNOXVILLE, Tenn. - It's worth making sure you're in downtown Knoxville on a weekday to experience the noontime phenomenon known as the Blue Plate Special. It's an old-time radio show, done before a live audience, in the studio of WDVX-FM, a funky community station that shares space with the city's visitors center.

The big room, which also serves as a gift shop and coffee bar, has about 50 chairs set up, with an overflow crowd leaning against the walls or huddling in a doorway. A small platform in front serves as a stage, and behind it is the Blue Plate Wall of Fame, where dozens of blue plates hang, each decorated with a photo of musicians who have played here. Behind the stage and through the plate glass is the on-air announcer.

WDVX has been named best bluegrass station in the country several times, so you can count on hearing "Rocky Top" and other standards. But the station bills itself as grass-roots radio, which leaves plenty of room for performers doing country, blues, swing, gospel, Celtic, and even alt rock. You never know quite what you'll get; one day it's a local, unknown singer-songwriter, the next, it's Ricky Skaggs. But it's always fun. And in this day of radio shows programmed and operated by computers, it's alive.