Where he spins: Heroes, two to three Saturdays a month; Xmortis on the second Friday of each month; Chrome,"an occasional Friday gig; all at T.T. the Bear's Place; and Dead Pool on the fourth Sunday of every month, at Flat Top Johnny's

A DJ vet: "I don't practice at all. I've been doing this for while, but I'm constantly looking for new stuff that I haven't played before that might mix in with what I do — it keeps it really fresh," Ewen says.

Weirdest request: "I'll sometimes get requests for some Michael Jackson or Janet Jackson in the middle of a goth night." 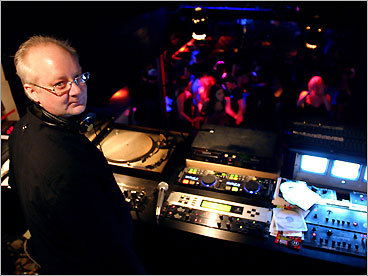