Dive bars in and around Boston 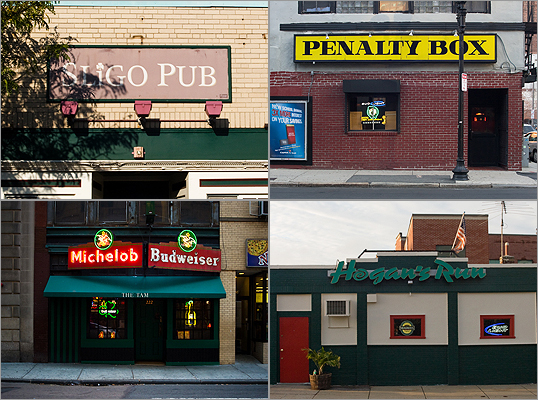 Courtney Hollands, Boston.com Staff
Luke O'Neil spent many nights in bars over the past year and a half. The frequent Boston Globe contributor estimates he stopped by around 120 bars around the city before whittling the list down to the 90 spots featured in his book, "Boston's Best Dive Bars: Drinking and Diving in Beantown."

"Time hasn't affected them," O'Neil says of the haunts. "Many of them still look like they did 40 years ago." Dive bars are also an endangered species, disappearing from the city's imbibing landscape, he adds — a few places even closed while he was writing the book.

We asked O'Neil about some of the neighborhood joints he uncovered on his suds-fueled adventure . . .