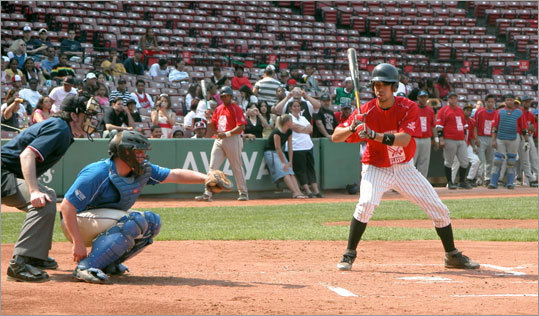 With local school athletic systems in crisis, professional sports teams in some American cities have rushed to the rescue.

In Denver, charitable arms of the Avalanche, Broncos, Nuggets, and Rockies have contributed more than $1 million over the last five years to improve sports in the public schools. In Cleveland, the Browns donated $300,000 to the city’s school athletic department, and the Indians kicked in $250,000.

In San Francisco, the Giants and 49ers agreed to a ticket tax - 25 cents for every Giants ticket, 75 cents for every 49ers ticket over $27 - to help fund the city’s athletic programs. The fees have generated about $1 million a year for sports in the schools.

“The teams were heroes,’’ said Don Collins, the San Francisco district’s athletic director. “They made us viable again.’’

Will there be similar heroes in Boston? After a Globe review found the city’s high school athletics program plagued by serious inadequacies in funding, facilities, equipment, coaching, and oversight, city leaders were scrambling for answers this week to problems that have festered for years and have cost countless students opportunities to make the most of their athletic abilities.

The cash-strapped Boston School Department has routinely allocated less than a half percent of its total budget to athletics, far below state and national averages.

“It really would help us a heck of a lot if the professional teams stepped up to the plate and contributed,’’ said School Committee member Alfreda Harris, long an advocate for youth sports.

A high-ranking city official said the Red Sox are weighing a significant contribution after the Globe series. The Red Sox Foundation already contributes $200,000 a year for summer baseball and softball for Boston youth and $325,000 annually for Red Sox Scholars in the city’s schools.

“In a time of great need, there is always more we can all do, and we’re happy to work with the mayor, the School Department, other sports teams and supporters to try to provide young people in our community with more healthy, active, and safe programs that serve their needs,’’ said Meg Vaillancourt, the foundation’s executive director.

Celtics president Rich Gotham said, “If the city of Boston were to approach the Boston sports teams with a program that demonstrated how assistance provided by the teams could benefit school athletic programs in a way that positively impacts the lives of students, it’s something we would carefully consider, along with the many other causes we support through the Shamrock Foundation.’’

The Bruins, too, are poised to field a request for help.

“If the Boston public schools were to apply for a grant to help the city’s scholastic athletic programs, the Boston Bruins Foundation’s board would certainly be willing to give them consideration,’’ said Bruins executive vice president Charlie Jacobs.

Examples of support
While the longstanding problems in Boston’s athletic program raise questions about whether city leaders have the political will to make the necessary improvements - the problems will take more than money to fix - no one disputes that major financial contributions from private sources would address many needs.

“In an era of shrinking revenues, we would welcome any additional assistance,’’ School Superintendent Carol R. Johnson said of the prospect of the city’s professional teams helping to save sports in the schools.

The Denver Public Schools Foundation, which supports both academic and athletic programs, has grown from giving $2 million to the school system in 2004 to more than $6 million last year. The city’s athletic department has received more than $250,000 a year, helping to fund a vibrant middle school sports league in which youths compete in football, soccer, basketball, baseball, softball, volleyball, and cross-country.

The only interscholastic sports programs offered at Boston’s 22 middle schools are basketball and spring track.

“We’re very fortunate that all of Denver’s professional sports teams have been incredibly supportive of the athletes in the Denver public schools,’’ said Kristin Colon, the foundation’s president.

Cleveland’s pro teams responded to a deeper crisis than Boston’s. They stepped up after budget cuts in 2005 threatened the future of the city’s high school football and baseball teams.

The story was similar in San Francisco, with the Giants and 49ers rushing in after budget writers in 1988 zeroed out funding for high school sports. The ticket tax has helped fund programs since 1991, but it never has been enough to fully support the city’s school sports teams. To help, San Francisco voters in 2004 approved a $20 million annual enrichment fund for chronically underfunded programs, of which about $2.4 million a year goes to athletics.

The San Francisco school district allocates only $600,000 a year to high school sports.

“In a properly run system, the district would fully fund athletics,’’ Collins said. “Without the two other pots of money, we would be out of business.’’

The additional support allows San Francisco to provide high school students a broader range of athletic opportunities than Boston provides. Students attending at least half of San Francisco’s 12 high schools can participate in interscholastic fencing, badminton, golf, and tennis, as well as the traditional sports, which all 12 schools offer.

Boston athletic director Ken Still said he would welcome aid from Boston’s pro sports teams. Together, they sell about 4.5 million tickets a year.

“I would take 5 cents a ticket,’’ he said, referring to a version of San Francisco’s ticket fee.

The prospect of the Massachusetts Legislature approving such a tax is highly unlikely, which means that Boston needs either to increase public funding for athletics or seek additional aid from private sources.

Considering the enormous financial capital in Boston, the resources exist to support school athletics across the city on a much larger scale. For example, Boston Latin’s alumni generated more than $100,000 a year for sports.

In New York, by contrast, Loews executive Robert Tisch raised $140 million before he died in 2005 to renovate more than 40 athletic fields for public school students.

“It would be great if somebody donated $150,000,’’ Still said. “We could really establish goals and have some outside consultants do the fund-raising for us.’’

Building on partnerships
Community leaders, meanwhile, have indicated they need to strengthen the links between the schools and public and private groups that provide opportunities, facilities, services, and transportation for children to play sports, particularly at a younger age. Boston’s high school teams generally fare poorly against suburban competition because they lack dynamic feeder programs.

Dan Lebowitz, executive director of Northeastern’s Center for the Study of Sport in Society, said a recent study showed that Boston’s youth have one-third the opportunities to participate in sports as their suburban counterparts. “The situation in Boston’s high schools is an outgrowth of the youth sports participation problem,’’ he said.

Many youth sports groups are trying to fill the void, some through partnerships with the schools. Boston-based Tenacity, for one, helps run a pilot program at Umana Middle School in East Boston in which the school day is extended until 4:15 p.m. and students receive extra help with academics and tennis instruction. The program also reaches out to parents, which is vital to improving children’s academic and athletic lives.

“It’s critical that the school system, the state Legislature, and everyone involved be willing to take some risks and try these new innovative approaches to the problem,’’ Tenacity president Ned Eames said.

Youth advocates said the city needs to build on partnerships with organizations such as Young Savants, which helps Boston high school students develop learning, basketball, and character skills. Young Savants founder Ben Okiwe, a probation officer who recently stepped down as boys basketball coach at Lincoln-Sudbury to focus on his nonprofit, said working with children is only part of the challenge.

“Moving forward, the parental support is key,’’ he said. “So are the coaches. We need to create an atmosphere that will help them be the best they can be, and Boston school athletics will be better for it.’’

City leaders said this week that they are considering ways to improve the quality of coaches in the city. They also plan to address the equipment shortage and said they expect to continue working with Boston University to provide more athletic trainers for the city’s high school athletes. Currently, there is only one trainer for 18 high schools.

No one wishes city leaders greater success than the shortchanged athletes. Brighton High football player Alex Tisme said, “In the future, I hope the younger kids get something better than we had.’’