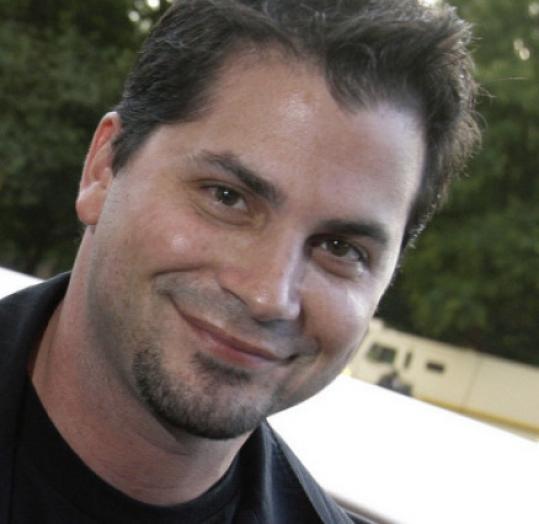 Ever felt that twinge of panic when a ski lift stops in the middle of its ascent and you wonder what it would be like to get stuck up there? Most people let that scary thought go as soon as the chair starts moving again. But Adam Green, a screenwriter and film director who grew up in Holliston and plies his trade in Hollywood, has made a full-blown horror movie out of it.

“Frozen,’’ which will have its world premiere at the Sundance Film Festival Jan. 24 followed by a nationwide release Feb. 5, tells the story of three young snowboarders who get stranded high atop a chairlift long after the apparatus has shut down. As night descends, the trio realizes the resort has ceased operations until the following weekend, and it soon becomes apparent the bitter cold is the least of their concerns when unexpected terrors threaten their survival. According to the movie trailer, “Frozen’’ purports to do for skiing what “Jaws’’ did for swimming.

Green, 34, best known for the 2006 slash-and-gore flick “Hatchet,’’ acknowledged that the setting for “Frozen’’ is based on his formative days of skiing in New England.

“We basically were trying to create a mountain that felt like this place called Wachusett in Massachusetts,’’ he said in an interview with the pop culture website iconvsicon.com. “It’s just small and the lifts are a little old, at least when I used to ski there years ago.’’

David Crowley, Wachusett’s general manager, reacted with a laugh when informed that his business had been singled out as the inspiration for a horror movie.

“That is so funny,’’ Crowley said. “I wish the guy was up there now, because I’d leave him up there for a few weeks.’’

Although it’s supposed to be evocative of a small Northeast ski area, the film was shot at Snowbasin in Utah last February, where 400 inches of annual snowfall and 3,000 vertical feet of terrain are a far cry from the cozier confines of suburban Wachusett.

Crowley said that using Wachusett as the setting for a horror film is not without precedent: “The Legend of Lucy Keyes,’’ based on an actual missing child incident in the town of Princeton from 1755, has led some to believe the mountain is haunted. Parts of that 2006 movie were filmed on the resort’s property.

“We’ve already weathered the storm of being the subject of a horror movie,’’ Crowley said. As for the anxiety of getting stuck on a chair lift, Crowley said he wouldn’t be bothered by that, but getting stuck somewhere claustrophobic, like in an elevator, would be a different story. “My wife actually did get stuck on a lift once for four hours - but not at Wachusett,’’ he said.

Green insisted that the majority of “Frozen’’ be shot outdoors, on an actual ski lift high in the air, without the aid of special effects. Filming from 50 feet up during blizzards made for considerable logistical difficulties, but hopefully, he said, will lend realism to the finished product.