NE Connection: Smith spent most of her life in New Hampshire. She was born in Conway and lived in North Conway. Smith attended the University of New Hampshire for one year before taking leave.
Bio: Smith has been on skis since she was 6 and has skied the Mount Washington Valley for most of her career. After Smith took leave from the University of New Hampshire, she joined the Mount Washington Valley Ski Team, where she became a double NorAM champion. In her first season on the World Cup in 2008 she finished 23rd in her first event. She was sidelined in 2009 after sustaining an ACL tear. This season, she won a European Cup downhill in Italy.
Website: Smith's Team USA page 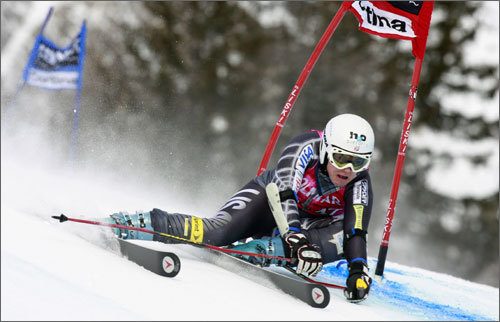